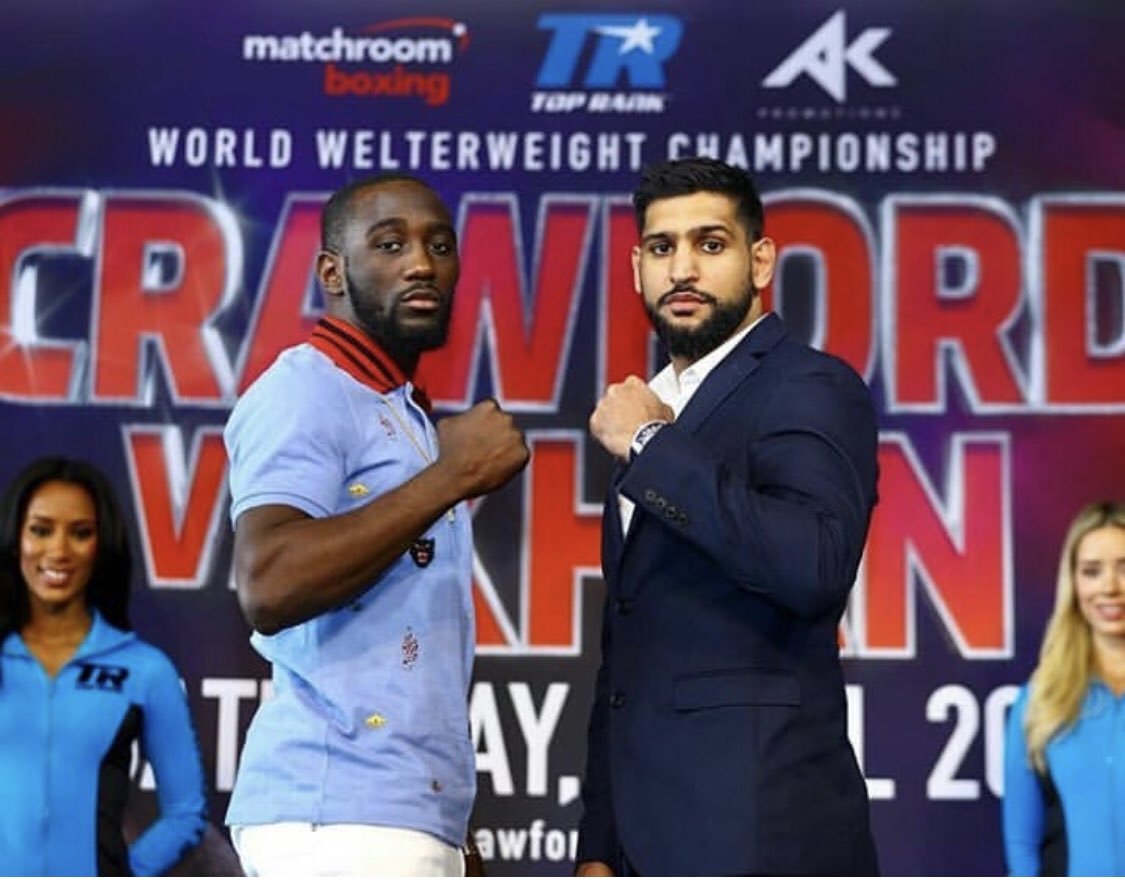 Former WBA and IBF super lightweight world champion Amir Khan (33-4-0) believe that come April 20 he’ll expose the current WBO welterweight champ Terrence Crawford (34-0-0). The two will be squaring up for the American’s crown at Madison Square Garden in New York and the Brit believes he is the best opponent “Bud” has ever faced in his career.

The fact of the matter is though, that this could have been the truth if the fight was taking place five years ago when Khan was one of the best welterweights in the whole world. There are very few boxing fans on this earth that believe Khan will outdo the 31-year-old champion from Nebraska.

It's official ✍️#CrawfordKhan will be shown live on BT Sport Box Office.

“It’s going to be a tough fight, but I think I can win the fight, a lot of people tell me that I do not have a chance, but I’m fighting for my legacy, I have to be very smart, I’m bigger, I’ll be the fastest and also I have everything to win, I’m at the peak of my career,” said Amir to ESPN Deportes.

“Crawford, as a fighter, has everything, but I’ll be ready, if he wants to go to the front, if he wants to box, I’ll be ready. I think I’m the best fighter he’s faced. I’m going to expose him, he’s never faced someone as fast as me. I need the perfect fight, in one night, in one fight, I’ll get where I want, I want to be remembered as one of the best and this fight will give me that.”

There is something else – “King Khan” has failed more often than not when he faced elite opposition – Saul Alvarez back in 2016, Lamont Peterson in 2011 and Danny Garcia in 2012. There may be some truthfulness in Khan’s statement that he’s the best who ever shared a ring with Crawford, but “But” demolished the zero in the loss column of 7 fighters and Khan has done that only 4 times.

Still, there is no doubt that the fight is gonna be tremendous, and if Khan manages to defend well against his rival’s jab, then he might make some noise.