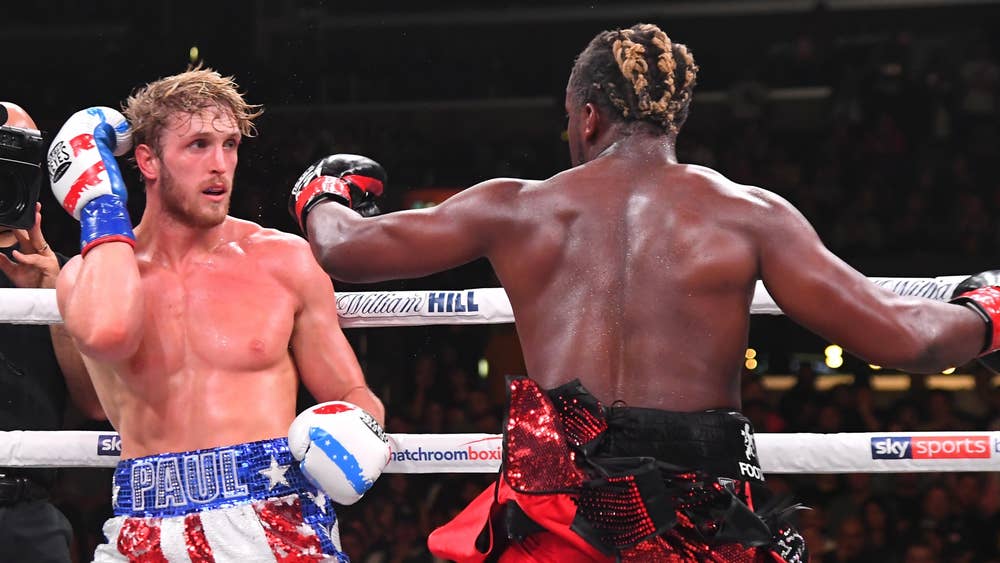 In a highly-anticipated meeting of social media notables, KSI and Logan Paul appear to have “squashed the beef,” or at least KSI has from his side after winning a controversial six-round split decision.

KSI and Paul were both making their pro boxing debuts in this fight, and, well, it was very much a fight between two guys who don’t really know what they’re doing, at least not if you’re used to seeing good professional boxing. Clean connects were few and far between, and to call the footwork and what have you amateurish would be insulting to most amateurs.

The controversy comes mostly from a pair of knockdowns — one called, one not — and a penalty dished out by veteran referee Jack Reiss. In the third round, Paul took a shot behind the ear that put him down, and probably should have been scored a knockdown for KSI, but Reiss ruled it no knockdown.

Then in the fourth, Paul hit KSI with an uppercut that decked KSI, and then he fouled him with a late shot after the fact, when KSI was down. This is where it got really goofy, as Reiss ruled the knockdown legal, which was the right call, then penalized Paul not one, but two points.

In the end, judges scored the fight 56-55 and 57-54 for KSI, and 56-55 for Paul. Bad Left Hook had it 56-55 for KSI, with that two-point penalty making all the difference. If only Reiss had just taken one point, we could have had a draw and even more reason to see this thing happen yet again.

The post-fight interviews lasted about as long as the fight.

KSI then changed gears for a fairly staged-seeming “moment of respect,” dramatically shaking Paul’s hand like Hulk Hogan and Randy Savage, and telling him, “It takes a big man to get in the ring, and you’re a big man. You made me work. You made me work last year. Good fight, bro.”

Paul said he respected KSI and that he always has, or whatever. Paul also complained about Reiss’ two-point deduction, and said, “I would love to contest the commission.”

Paul said he’d be open to another fight with KSI, but KSI said he’s done with it. “I’m on to the next thing,” he said. “You could do MMA. With the wrestling and stuff, you should fight CM Punk.”