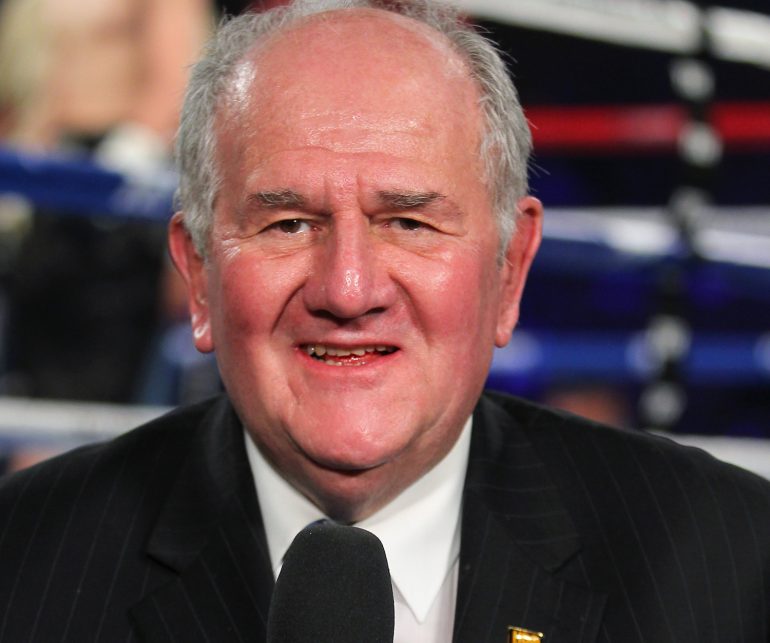 It was a somber weekend for the boxing world, as one of the staples of HBO Boxing broadcasts succumbed after battling cancer.

Longtime judge and HBO unofficial scorer Harold Lederman passed away on Saturday at the age of 79. Lederman became an official judge in 1967 and was on HBO Boxing broadcasts from 1986 until the network’s final show on December 8th, 2018.

Inducted into the International Boxing Hall of Fame in 2016, Lederman was known for his infectious enthusiasm and delightful personality, along with the ever quotable “Okay Jim!” and “Jim, I gotta tell ya” lines uttered a countless number of times over the span of three decades.

“It was one of the greatest privileges of my broadcasting career to work with Harold Lederman, whose unique humanity and lifelong love of boxing brought joy to the hearts of millions of fans, show after show after show. They waited for his moments, they were thrilled by his insights, they gloried in imitating his voice. No one in the sport had more friends, because no one in the sport was more deserving of friends. As deeply saddened as I am by his passing, I am equally deeply joyful that he made it to the final bell on December 8. Nothing was more important to the legacy of HBO Boxing, so in that we can all take solace. Now his scorecard is complete.”

HBO Sports executive vice president Peter Nelson also had his own statement released on behalf of the company:

“Harold Lederman had a lifelong love affair with the sport of boxing. Over the past 50 years he was universally respected and celebrated by the many people who make the sport what it is. Harold was happiest when seated ringside, studying the action and scoring the fight. When he joined HBO Sports in 1986, he added a new and critical component to live boxing coverage. Viewers embraced his unique style and his command of the rules while his broadcast colleagues relished his enthusiasm and boundless energy. He was an historian and walking rulebook. He always had time for you whether you were a heavyweight champion or just a spectator looking to say hello. Our thoughts and prayers are with his wife Eileen and daughters Julie and Iris. There isn’t a person in the sport who won’t miss our Harold Lederman.”

We should also note that Lederman wasn’t the only major boxing name who left us recently. Former heavyweight contender “Smokin’” Bert Cooper lost his life to pancreatic cancer at just 53 years old. Cooper, who was trained by the great Joe Frazier, was best known as an all-action fighter who memorably came agonizingly close to knocking out Evander Holyfield on just one week notice back in 1991. His slugfest with Michael Moorer in 1992 remains a heavyweight classic. He retired with a record of 38-25-1 NC (31 KOs), which doesn’t accurately reflect how good he has and how fun he was to watch.

May they both rest in peace.