Max Spodarenko before SENSHI: I’m ready for absolutely everything in the ring! 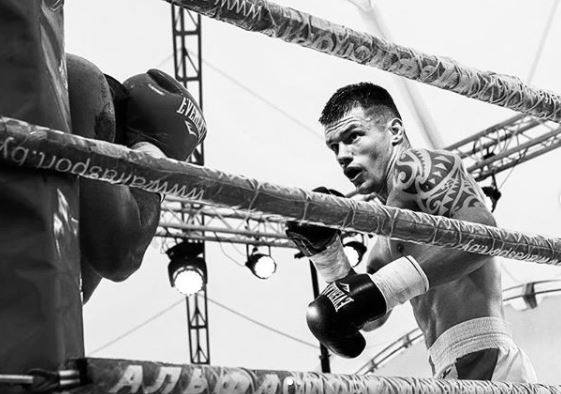 The Belarusian kickboxing super-star will face Bulgaria’s national kickboxing team captain Atanas Bozhilov in a 5-round fight for the WAKO PRO World Championship belt in the under 71.8 kg. division. The fight will serve as a main event of the second edition of the newest K-1 and Muay Thai organization in Bulgaria – SENSHI.

Here is what Max had to say before the most important fight in his career:

Mr. Spodarenko, you are about to fight for one of the key titles at SENSHI. What are your expectations?

I am very happy to fight at the second edition of SENSHI and even further – I’m very happy that I have the opportunity to compete not for any title, but for the WAKO PRO World Trophy. The challenge will be great and I’m sure our match will be the most attractive fight for the evening. I’m ready for absolutely everything in the ring.

Tell us more about your training – how much time do you spend on training?

How did you decide to take up kickboxing?

It all started with my father. He’s the man who inspired me to start training kickboxing. He is a former military and has always taught me not to give up and to fight. When I was 10 years old, he took me to a kickboxing class, and that’s where it all started. Now, years later, I cannot imagine my life without fighting.

Do you think that your dad being a former military have had any effect on your training or on your sports career?

My father has always followed both my training and my development very closely. I do not know whether because he is a former military, or simply because he is my father, but his attention definitely had an effect. He taught me to never show weakness even in the ring. This is a lesson that helped me in very difficult situations. What was your hardest fight and against whom?

Every meeting has its peculiarity, but the most controversial match in my sports career so far was in 2013. At the World Championship, I then stood up against Magomed Magomedov from Russia. It was incredibly tough game.

How can you describe everything that goes on on the ring with few words?

Do you have an idol in kickboxing – who is he?

When I was a teenager I liked Badr Hari a lot. Now I don’t have idols in kickboxing. I just like to watch good, interesting fights and learn from them. Have you ever inspired someone to start training?

Yes, definitely. At first my friends and the people around me started showing interest at kickboxing. When they saw the entire process and the whole thrill that accompanied it – from the preparation in the training hall, the first time in the ring and to the first victory, they took up on kickboxing themselves. It was a huge surprise for me when strangers, who had had only watched my games, suddenly began sending me messages saying that I had inspired them. The feeling is very pleasant. Tell us – who is Max Spodarenko outside the ring?

As you can imagine, I do not have a lot of free time. When I’m not in competition or training, I like to paint. I have graduated from a school of arts and painting is actually my second passion. I love to read, especially historical books.

You took part in the famous W5 tournaments and brought a lot of titles in the amateur and the professional ring. What is the secret to success in kickboxing?

The secret is to be devoted to what you do and do it with passion. Everything else is a matter of experience, a little luck, and a lot of preparation.

The second edition of SENSHI will take place on 20th of April in Armeec Arena, Sofia.