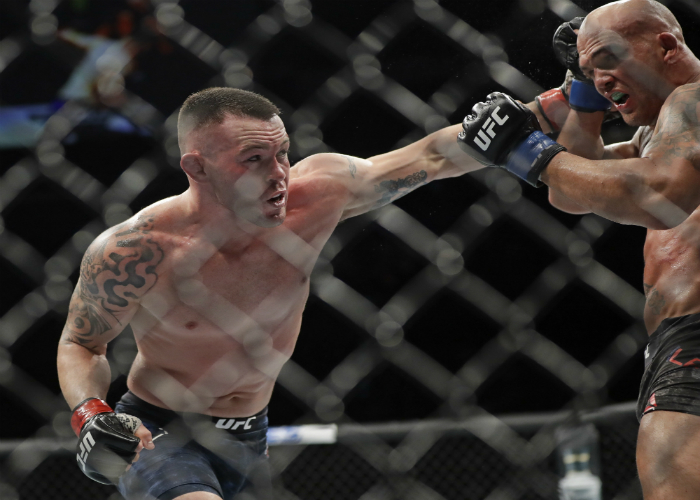 Mike Perry is injured after the fight with Vicente Luque at “UFC on ESPN+ 14″. Nine weeks later, Perry says his nose is feeling much better.

The fighter said who he would like to face on his return.

“It’s a little loud when I use it, but I don’t really use it too often,” Perry told MMA Junkie in regards to his nose. “I just hold my breath and swing real hard, and they usually disperse. They either get out the way or they run real fast. So we’ll see. I’m good though. I’m ready to fight.”

While he repeatedly stated he’s “down to fight anywhere, anytime,” Perry seemed particularly fired up about one prospective venture.

.@PlatinumMikePerry just called out Robbie Lawler for #UFC245 as only he can. 💨😂 pic.twitter.com/72LuHVL8JX

“If Robbie Lawler would grace me with his name on a contract, let’s go bro,” Perry said. “Let’s put on a show. We’re going to put on a show. None of that wrestling (expletive).”

“I might mix it up on you. I might try to change levels, shoot a single leg, take you down, punch you a little bit. Punch you, get you disoriented. Or I might hold tight and box. Who am I? Who am I to be accepted from a guy like that?”

Juggling a number of callouts directed towards him, Perry said he understands if Lawler doesn’t want the fight.

“I just been calling him out,” Perry said. “People call me out. You just can’t accept every fight offer from everybody. I bet a lot of people in this arena would fight me today. They think they would have a chance, but I could probably fight ten of them at one time. Let’s do it though.”

“Robbie, let’s (expletive) go, bro. Let’s show these people how to fight. You’ve been slacking, and I’m unlucky in that I get the best versions of the best dudes.”

BREAKING: According to reports from @MikeBohnMMA, Santiago Ponzinibbio is suffering from a staph infection and is out of us #UFC245 bout with Robbie Lawler. Other options are currently being considered.

Before Perry steps in the cage with anyone, he’ll have to get medically cleared by doctors.

“I haven’t spoke to doctors yet,” Perry said. “I’ve just been training. Been working. One doctor actually right after checked me with a camera and stuff. He was like, “Oh you’re still swollen.” But that was a week or two after. He said six weeks.”

“It’s been about eight or nine since the fight. I’ve been back to work since like week three or four because I’m impatient. So anytime, bro. Like I said, I’m always working.”