Movie star Niki Iliev is the host of SENSHI 5 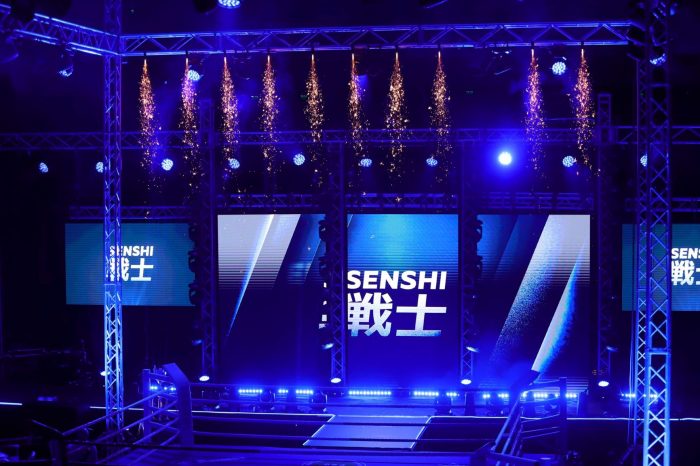 The famous Bulgarian actor, director and producer Nikolay Iliev will be the host of the professional fight night SENSHI on February 22 in Varna. Iliev has been a passionate martial arts fan for years and even dedicates a movie in honor of his hobby.

The fifth edition of SENSHI will be held at the Palace of Culture and Sports, Varna, this Saturday. Kickboxing and kyokushin champions from 11 countries, bouts for 3 professional titles are expected. Over the years, the movie star has attended Karate, Muay Thai, Brazilian jiu-jitsu trainings, but his true love in martial arst he rediscovered in kickboxing. Under the leadership of Emil Naydenov, Iliev has been training over 12 years Slavia Sportes hall. In almost every film Niki Iliev includes various combat sports. Last year “Zavrashtane”, starring the actor, director and producer, broke records and was announced as the most watched Bulgarian film for 2019.

Fighters from all around the world will take part in this elite fight night.

This time three dutch kickboxing legends will be special guests of the event. Four-time K-1 World Heavyweight Grand Prix Winners Ernesto Hoost and Semy Schilt, and the three-time K-1 World Heavyweight Grand Prix Champion Peter Aerts. They will be joined by the KWU General Secretary Shihan Alexandr Pichkunov, who is a finalist in the K-1 Grand Prix Series from 2007 and 2008. The special guests are also expected to be refereeing to some of the bouts! The official weight-in of SENSHI 5 will be held on February 21 at 2.30 pm at Grand Mall Varna.

Tickets for SENSHI 5 are at sale and can be found here.

SENSHI 5 is brought to you by A1, Central Cooperative Bank, “Armeec”, “Bulgaria Air”, “M Car Sofia” and “Bang&Olufsen.“

You can watch the fight night live and free on www.boec.com and FITE.TV