No masks needed at UFC 261 as per Dana White 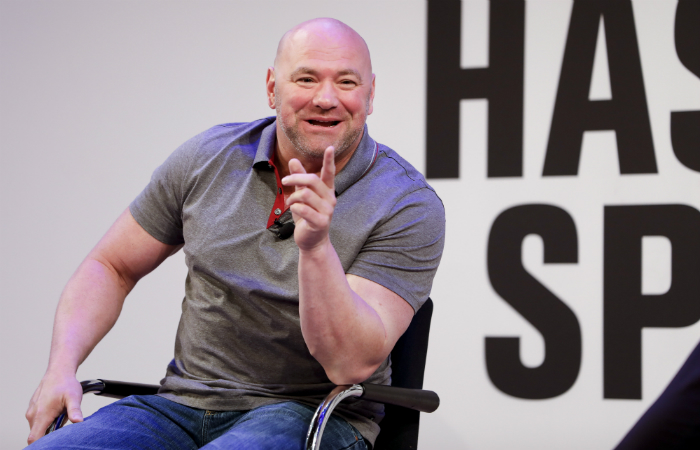 Despite the on going pandemic, the UFC will be hosting a fully packed event with 15,000 fans in Florida this weekend. Dana White has been constantly fired up about the idea of being “first,” and says UFC 261 will mark one of the coolest moments of his career.

White, who has repeatedly downplayed COVID-19, says he’s truly excited about finally leaving their “bubble” at the UFC Apex center. The UFC President says those were started mainly to prevent fights from falling out and to appease the media anyway.

“The reality is, we had to create a bubble that would be safe, so first of all, the athletes wouldn’t end up with COVID and have all these fights falling out. But the media was being so crazy about the whole COVID thing, you had to make the media feel safe,” White told Yahoo! Sports.

The UFC President, who always insisted on him never wearing a mask, announced that masks are optional for fans attending their full-capacity event on Saturday.

“In Jacksonville, everything is opening up again. Even in Vegas, it’s going to be open June 1st, but 100% open in July,” he said. “There’s still going to be some things that are set in place. We’re still going to have a bubble for the athletes, and things like that. But as far as the fans, you can wear a mask, or you can not wear a mask. It’s up to you. It’s your decision.”

White was then asked if fighters competing in the event have vaccinated, and if UFC is trying to push for it to happen.

“What we did is all of our employees have been vaccinated — we made sure that all of our employees that are here with a Nevada residence have vaccinated,” White responded. “The problem is state to state. I have employees in California, and the ring card girls, and stuff like that too. They don’t like giving it out to people from other states.

“So whatever states the fighters live in, they need to check with their local people and see about getting vaccinated.”

QAnon conspiracy outlets and far-right nationalists like Steve Bannon have praised the UFC for the being first to host a massive full-capacity event, calling White a “great patriotic supporter of President Donald Trump.”

Florida has the third worst state in terms of COVID numbers in the US, with cases and deaths from new variants still surging and being linked to maskless spring break festivities. After UFC 261, the promotion’s next full capacity event will be held in Texas, the state with the second highest number of cases at around 2.9 million.