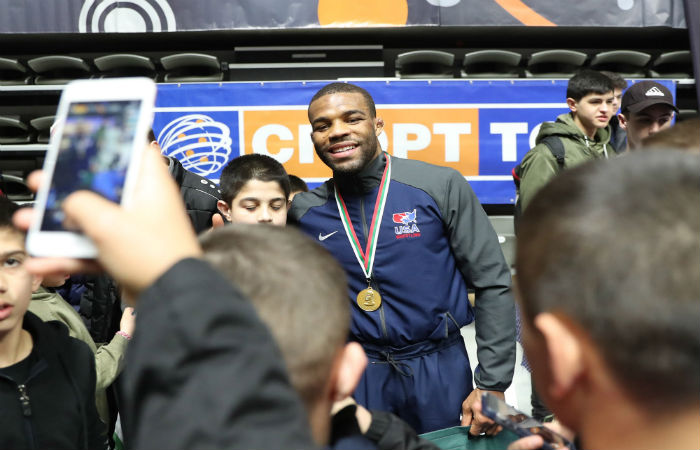 The Pan American Championships are set for March 6-9 in Ottawa, Canada, and will feature nearly 200 athletes from 19 different countries, including six World and Olympic champions.

Leading the field in men’s freestyle are Olympic champions Jordan BURROUGHS (USA) and Kyle SNYDER (USA). Both are two-time Pan Am Games champions as well.

Looking to knock off Burroughs at 74 kg, is a duo of past World medalists, Jeandry GARZON CABALLERO (CUB), a 2007 World silver medalist and three-time World bronze winner, and Franklin GOMEZ MATOS (PUR), who won silver at the 2011 World Championships.

Leading the field at 125 kg is Oscar PINO HINDS (CUB), who is a three-time World medalist in Greco-Roman, including a silver at the 2019 World Championships to qualify Cuba for the Olympic Games at 130 kg in Greco. Last season, he balanced both styles, competing in freestyle at the Pan American events and wrapping up his season in Greco at Worlds. For 2020, Pino Hinds is expected to compete exclusively in freestyle.

You can find more info at www.unitedworldwrestling.org