Rais Rakhmatullin: I had a strong wish to retire 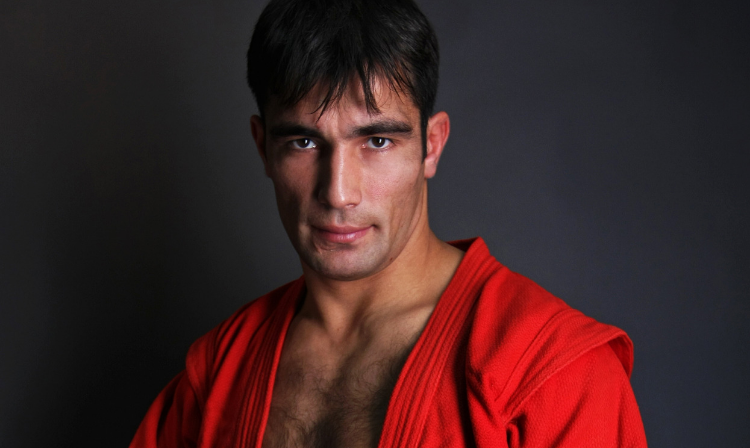 Rais Rakhmatullin is one of the most titled athletes in Russia. He is 7-time World Champion in SAMBO, 3-time Champion of Europe, 5-time winner of the World Cup Rais Rakhmatullin and many more. The popular sambist shared with sambo.sport how he had been practicing despite his illness and what feelings he had experienced during his last World Championships.

– In your days of youth, doctors forbade you to train. How did you manage to overcome your health complications and achieve such success in SAMBO?

– At 19, I contracted a child disease, rubella, at a summer sports camp. After such infections, physical activity is strictly prohibited for several weeks. I broke this rule. The rash had not yet disappeared, and I already returned to my sporting activities. This resulted in myocarditis (inflammation of the heart muscle – Ed.). The diagnosis scared my doctors, so they kept sending me to various consultations refusing to clear me to partake in competitions. I underwent medical treatment for several months, but nothing actually helped. Eventually, I decided to exercise at my own risk. So I returned to the sport on my own responsibility, with no signs of recovering. It was my desire to train, to fight and to win that prevailed. I got well, with no health complications, but it could have happened otherwise.

– Do you remember your first SAMBO training session?

– In 1985, my coach arranged a SAMBO club at my school. In the evenings, when the classes were over, we spread green mats in the gym and learned various techniques. Next, I moved to a vocational school gym where I proceeded with my training. In 1987, the “Torpedo” Sports Club in Nizhny Novgorod set up a section for self-defense with no weapons. From that time on, my professional engagement in SAMBO began, I started attending competitions in other places as well.

– Was there ever a desire to quit? How did you deal with burnout?

– This happened only once, when I won my third World Championships. I had a strong wish to retire from the sport at that point. The reason was that at that time these achievements were poorly rewarded and not highly valued. I’ve already got my family that I had to feed. By that time, I’d won three World Championships, took the World and European Cups. And I was wondering why I should carry on if no one really cares. Compared to other sports, sambists actually had little incentive other than bare enthusiasm. Happily, I always relied on moral points, although it was far from easy. – How did you psych yourself up for the fights?

– I believe I’ve got no special secrets. The principal issue here is nervousness, and everyone has their own way to cope with it. Stress undermines your physical ability; the more you worry, the weaker you get. I used to worry a lot, though I realized that I needed to win, and my competitive experience helped me out. Confidence comes with time, with each new win. If one trains, toils, works, then sooner or later they will come to success.

– When did you worry more: at your first or your last World Championships?

– In fact, the first and the last Championships are the most exciting events in one’s sporting career. Your first Championships mark the beginning, you’ve been coming to it for many years, practicing a lot. And when you win it, there comes an indescribable burst of emotions, a sheer euphoria. And your last World Championships are even more responsible. In sports, it is important to finish on time, to retire with class and dignity. The only way to complete an athletic career at the apex is to win. I guess this is a dream of many a seasoned athlete, yet not everyone succeeds in fulfilling it. I realized that those were my last starts and was willing to win. And I was lucky as I did!

– When did you realize that it was time to leave the elite sport?

– You need to sense it, really. So I felt that it was growing harder to train, that I started lacking my speed, my motivation. My last World Championships took place when I was 35. A serious age for sports. In 25, people are brimming with energy and desire, their eyes are shining, and I was keeping them from moving ahead. I admit it was all but easy for me. To win against the young, you need to work hard, practice a lot more, and the traumas that you’ve got over the years of your career interfere. After all, it’s amazing that I kept on fighting till that age (laughs).

– What advice could you give to young SAMBO athletes?

– Health is the most valuable thing, so I would not advise them to follow in my footsteps. Back then I did not realize this, I had a great desire to train. When I address the young athletes, I always point to a couple of the most important qualities — hard work and determination. If you fully commit yourself to a sport, you will certainly achieve success.