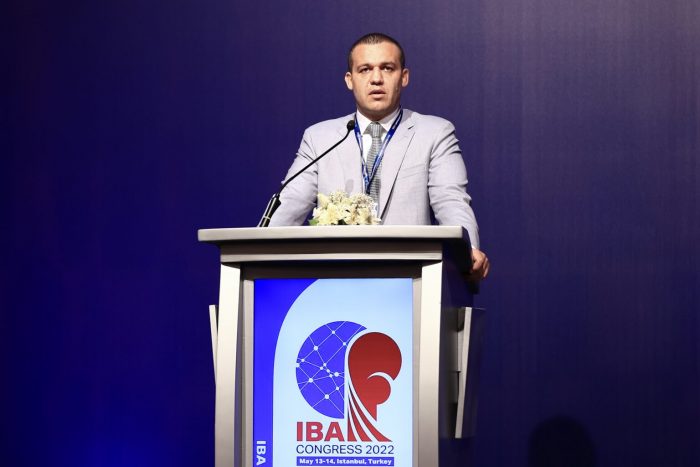 Umar Kremlev has been re-elected as International Boxing Association (IBA) President by acclamation, having been the only candidate deemed eligible to stand.

The Russian wins a full four-year term at the helm of the embattled IBA, which has had its Olympic recognition suspended since 2019.

The Dutch Boris van der Vorst had been seeking to challenge the incumbent, but was on Thursday (May 12) deemed ineligible by the Boxing Independent Integrity Unit Interim Nomination Unit, accused of campaigning outside the electoral period.

On day two of the IBA Extraordinary Congress today in Istanbul, the new Board of Directors has been elected.

The Board consists of 18 Directors, including the President, 5 Confederations Presidents, 2 representatives of the Athletes Committee, and 10 Independent Directors.

The following Independent Directors were elected: