Sean Macfadyen: SAMBO is the most sophisticated combat sport 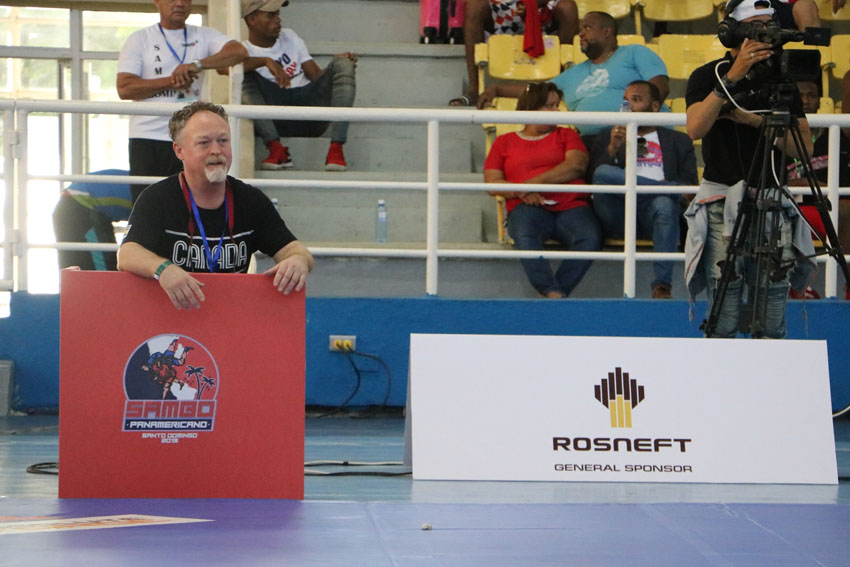 Sean Macfadyen, once President of the Canadian Sambo Federation, is probably the most important name you should know in Canadian and probably Nort American Sambo. In a recent interview with sambo.sport, Sean talked about himself and his combat sports upbringing, his three sons and the development of Sambo in North America.

– I started originally in freestyle wrestling and when I was after my schooling I wanted to go and start wrestling again. But they didn’t have a very good club in Ottawa, in my city. So from a film about wrestling, I knew a high-level wrestler in Canada named Ray Takahashi. His family had a judo club. So that was the closest thing I could find to wrestling and then I really loved the judo.

Actually, my wife, Tina Takahashi was a former World SAMBO Champion in Montreal in 1988. She was a very good judoka and former Canadian Olympic coach and World University Champion and she did have the opportunity to participate in SAMBO. So I knew a little bit of SAMBO from her and then I had a coach Igor Yakimov that moved to Canada from Russia. He also helped to train me in SAMBO.

So that’s how I started. I trained in judo and then got really interested in SAMBO. Of course, we introduced this to our children – my three boys. So they all do judo, wrestling, and SAMBO – all the combative sports.

– Now you know all these sports well. Which of them do you prefer more?

– I think the most sophisticated combat sport is SAMBO. It is very technical and it’s very difficult, but with a wide range of techniques. In fact they didn’t ban techniques like judo. They’ve been taking away techniques whereas SAMBO allows basically all of the techniques. No prejudice to gripping, so it’s a very open style. I think SAMBO is the most interesting combat sport.

– What do you feel when you see your sons on the mat?

– Certainly winning is nice, it’s important, but it’s not the be-all and end-all. The most important thing is to participate. If someone feels that they can’t win then maybe they’re not going to compete. This is the wrong attitude in my opinion.

– And what about your fathers’ feelings?

– In this respect, it’s very nerve-wracking, shattering and difficult. This is a big challenge to maintain your emotions. My son was 20 years of age when he had his first Combat SAMBO tournament. He did very well, but still, he has much to learn. I’m hoping if we have hopefully God willing we’ll be able to send him to training camp in Russia. I have some dear friends in this country and I know the coaches there.

These guys are fantastic, I love Russian people. They’re very welcoming and I have a special place in my heart for them. I’ve been fortunate to be at the World SAMBO Championships in St. Petersburg in 2013. My eldest son played seventh at this tournament and he got seventh place in Narita, which was a good result. But in reality, of course, we’re well aware of the difference in level. Russian sambists have the highest level and we just don’t have that kind of experience. However, there’s still a chance. My youngest son is 20 and he still has room to grow. And he’s getting better all the time so you never know. Even monkeys fall out of trees.

– Is it hard to be a coach of your children?

– It is especially hard in other ways. Once they’re past twenty, of course, they listen to me, but sometimes maybe not as much as someone else. But I know how to inspire my sons to fight more emotionally, I know how they think. So, in my opinion, I do a good job in that respect.