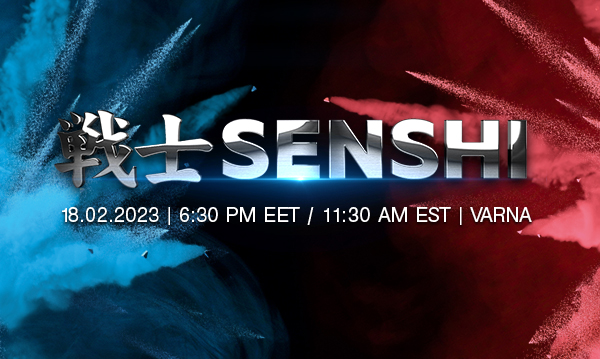 A new phenomenal edition of the SENSHI international gala fight night will delight fans of high adrenaline with quality and spectacular battles. The organizers have prepared another epic show to open the year. The big battle spectacle will be held on 18th February at the Palace of Culture and Sports in Varna. The start of the titanic clashes will be given at 6:30 pm EET/11:30 am EST.

Gladiators from 18 countries will compete in 16 bouts under the attractive rules of KWU Senshi and KWU Full Contact, for the first time we will see the international fight gala evening and bouts under the KWU Open rules.

Fights under KWU Senshi rules allow grip and kicks, elbow strikes, and throws as well as Muay Thai fighting rules. KWU Full Contact fights follow the familiar kickboxing rules, sweeps, grip and kick without pulling or pushing the opponent, all boxing hits, and spinning back fists are allowed, and all kicks. Under the rules of the KWU Open, there will be fights with attractive mixed martial arts with throws, sweeps, grip and kick, elbow strikes, throws, groundwork, a stranglehold on the ground, and submissions on the ground.

The fight card of the new 15th edition of SENSHI is about to be announced in the coming days, and anyone who wants to touch the intriguing fights and enjoy the high adrenaline and strong emotions of the new spectacular edition of the international gala fight night can do it from the front row in the hall, as well as live at home and abroad.

The spectacular gala fight night SENSHI 15 will be broadcast live on Bulgaria ON AIR for Bulgaria, as well as in real-time worldwide on American television FITE, on Senshi.com, Boec.bg, Boec.com, Kwunion.com, and Kyokushin Karate News.