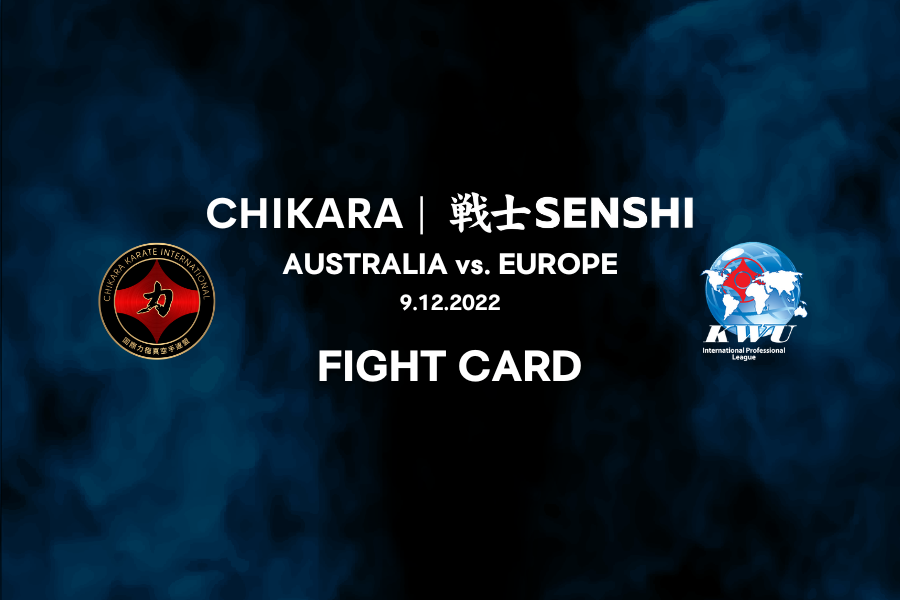 The spectacular fight night will take place on December 9th in Melbourne, Australia, and will be broadcasted on FITE.tv HERE

Many spectacular clashes, elite fighting stars, and high fighting spirit will offer the special edition of the international gala fight night SENSHI and CHIKARA to the fans of fighting sports and strong emotions in Australia. On December 9th at Dom’s Social Club, Melbourne, Australia’s top fighters and Europe’s best fighters will square off in the heated ring in 10 fierce bouts.

Elite European and World Kyokushin Karate Champions from Poland, Lithuania, the United Kingdom, Spain, and Bulgaria will take part in six spectacular fights under the rules of Full Contact Kyokushin Karate. They will face Australian champions in 3 rounds of 2 minutes each. This is a traditional CHIKARA tournament, with Shihan Judd Reed hosting the event.

During the spectacular special fight event, attendees will also be able to enjoy five titanic clashes under KWU Full Contact rules. Unpredictable fights until the very end will heat up the atmosphere at Dom’s Social Club. Local kickboxing stars will step into the ring in a battle for the SENSHI belts against proven European champions from Estonia, and Bulgaria.

Check out who are the fighters. 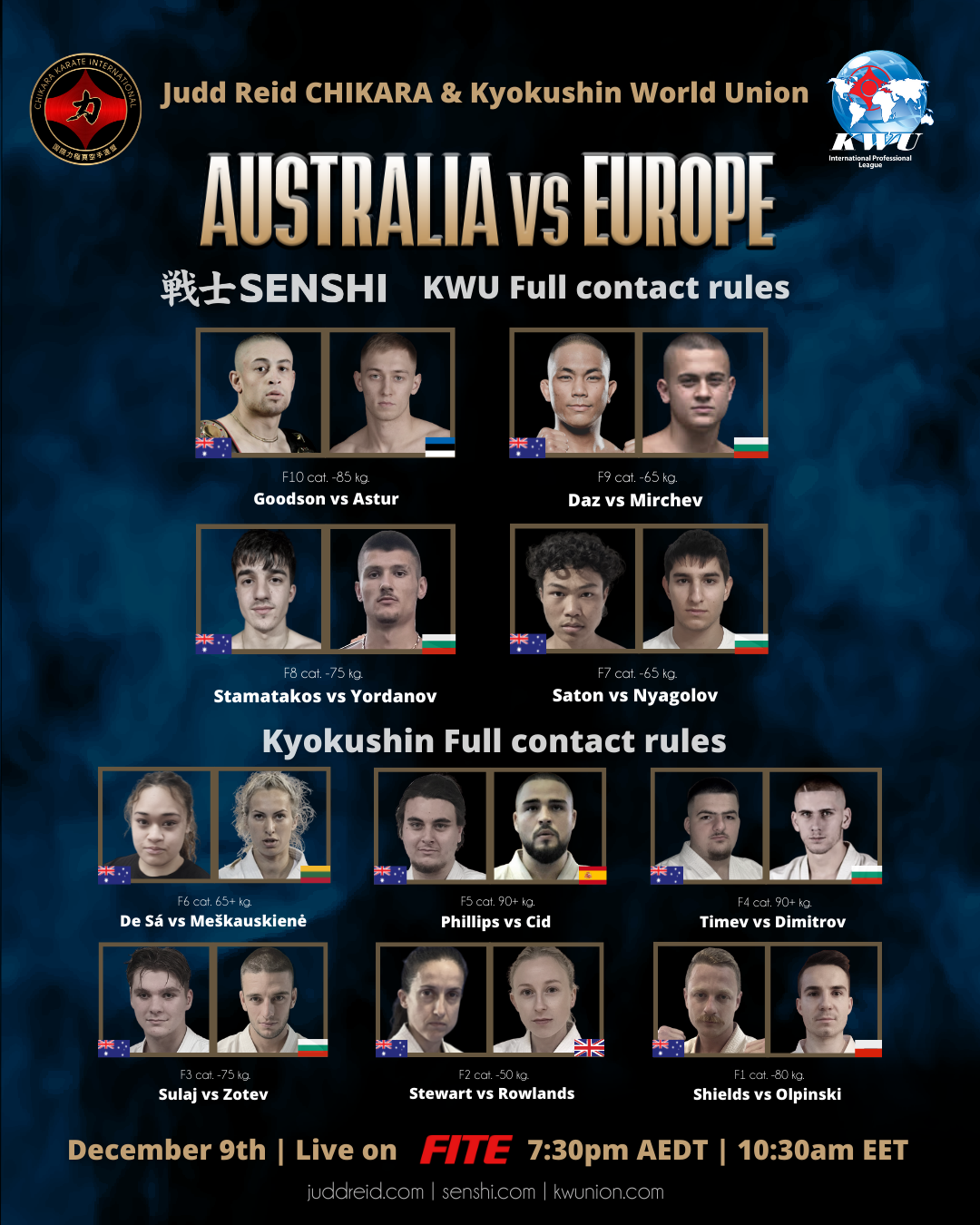 Alexander Yordanov (Bulgaria) – 7 wins 3 losses in Kickboxing, one the promising fighters in Bulgaria.

Ognyan Mirchev (Bulgaria) 6 World Cups (2 for men, 4 for juniors), 4 European Cups – (1 for men, 3 for juniors), The only Bulgarian that competed in the World Games 2022 in USA in k1, 2 times Balkan champion, 18 times champion of Bulgaria, Multiple gold medalist of international kickboxing tournaments, Professional record 7-0, 1 KO, 1 appearance at Senshi that ended with a Knockout.

The spectacular fight night will take place on December 9th in Melbourne, Australia, and will be broadcasted on FITE.tv HERE