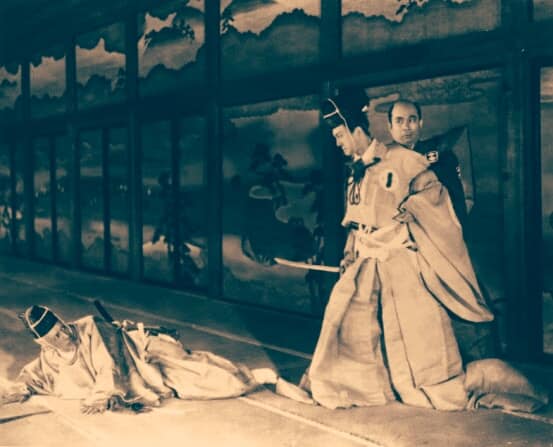 On arriving at the temple, the remaining 46 rōnin (all except Terasaka Kichiemon) washed and cleaned Kira’s head in a well, and laid it, and the fateful dagger, before Asano’s tomb. They then offered prayers at the temple and gave the abbot of the temple all of the money they had left, asking him to bury them decently and offer prayers for them. They then turned themselves in; the group was broken into four parts and put under guard of four different daimyō.

During this time, two of Kira’s friends came to collect his head for burial; the temple still has the original receipt for the head, which the friends and the priests who dealt with them had all signed.

The shogunate officials in Edo were in a quandary. The samurai had followed the precepts by avenging the death of their lord; but they had also defied the shogunate’s authority by exacting revenge, which had been prohibited. In addition, the shōgun received a number of petitions from the admiring populace on behalf of the rōnin. As expected, the rōnin were sentenced to death for the murder of Kira; but the shōgun finally resolved the quandary by ordering them to honorably commit seppuku instead of having them executed as criminals.

Each of the assailants ended his life in a ritualistic fashion.Ōishi Chikara, the youngest, was only 15 years old on the day the raid took place, and only 16 the day he committed seppuku. 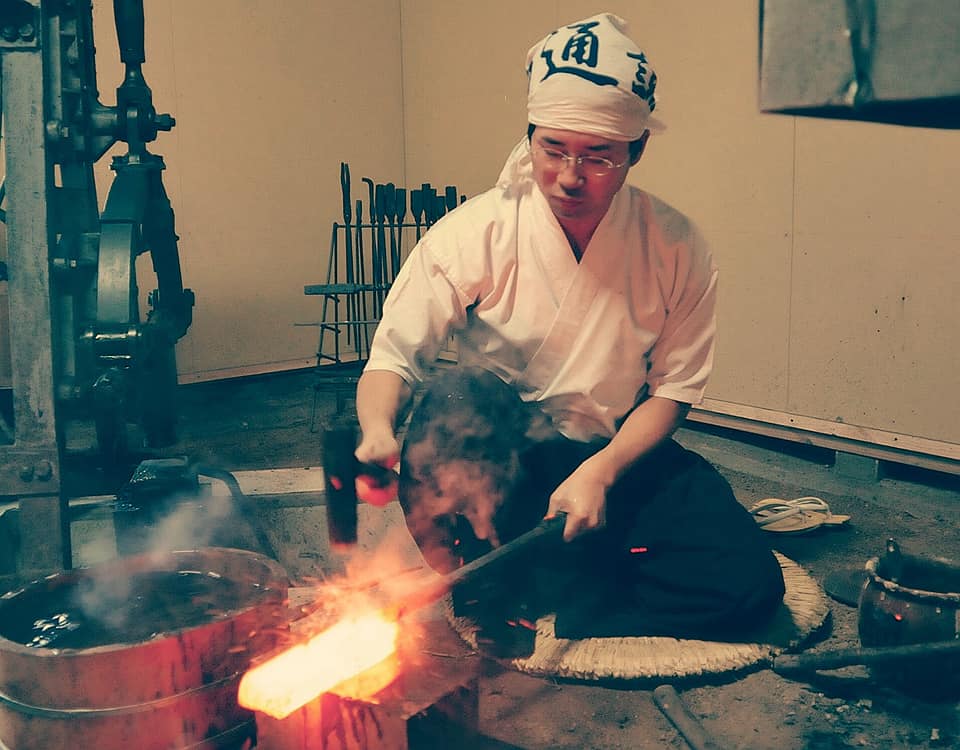 Each of the 46 rōnin killed himself in Genroku 16, on the 4th day of the 2nd month (元禄十六年二月四日, March 20, 1703).This has caused a considerable amount of confusion ever since, with some people referring to the “forty-six rōnin”; this refers to the group put to death by the shōgun, while the actual attack party numbered forty-seven. The forty-seventh rōnin, identified as Terasaka Kichiemon, eventually returned from his mission and was pardoned by the shōgun (some say on account of his youth). He lived until the age of 87, dying around 1747, and was then buried with his comrades.

The assailants who died by seppuku were subsequently interred on the grounds of Sengaku-ji,in front of the tomb of their master.The clothes and arms they wore are still preserved in the temple to this day, along with the drum and whistle; their armor was all home-made, as they had not wanted to arouse suspicion by purchasing any.

The Satsuma man who had mocked and spat on Ōishi as he lay drunk in the street was also buried there. He addressed Ōishi’s grave, begged for forgiveness for his actions and for thinking that the latter was not a true samurai. He then committed suicide and was buried next to Ōishi.
The tombs at Sengaku-ji became a place of great veneration, and people flocked there to pray. The graves at the temple have been visited by a great many people throughout the years since the Genroku era.