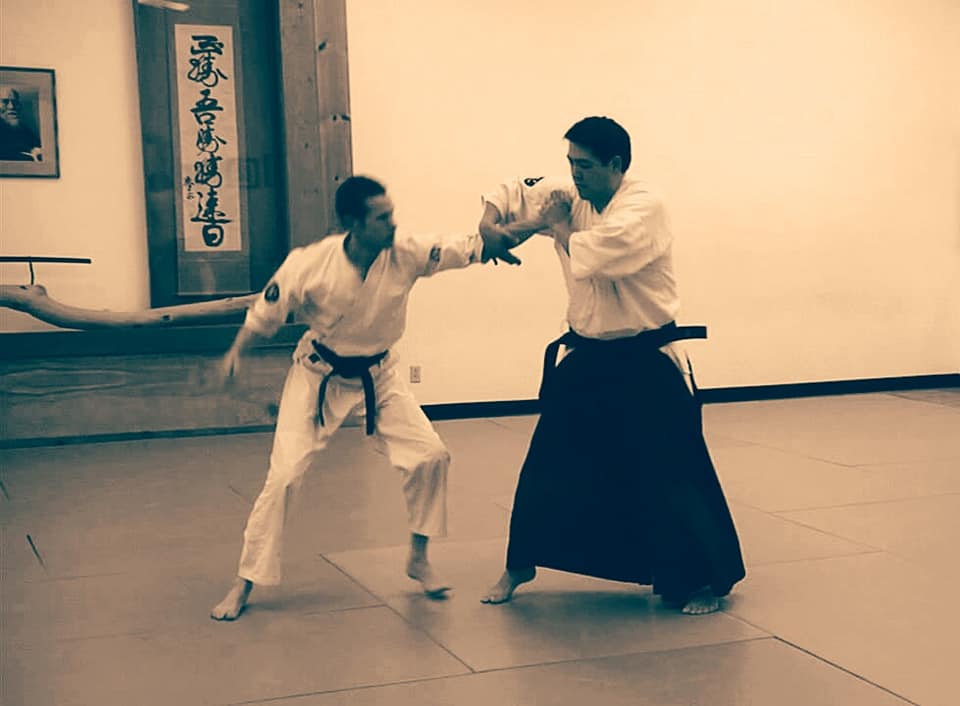 In August 1957, Hikitsuchi Sensei receives from the hands of the founder the scroll (Makimono) of the long stick of aikido ( Masakatsu Bo-Jutsu ) and of the handling of the saber ( shochikubaï no ken ), attesting to his ability to transmit the teachings. Two years later the surface of the kumano juku dojo was again enlarged to bring it to 64 tatami mats.

In 1969, Hikitsuchi Sensei is one of the youngest 8th dan, he is then 46 years old. During the training on January 10, in the presence of five witnesses, O Sensei stops the course and says to him: “I gave you everything Michio san. Today I give you the 10th dan. Hang on”. He thus becomes the only one to be awarded the highest grade directly from the founder.

Unfortunately, shortly after, Master Ueshiba fell ill. Hikitsuchi Shihan goes to Tokyo and stays with him for a month, on April 25 he returns to Shingu to learn on April 26 of his death. During the funeral, the beard of the founder is shaved and entrusted to Hikitsuchi Sensei who deposits it as a relic on the altar of the kumano juku dojo, on June 26, 1969. Since that date, a ceremony of remembrance, led by Shinto priests, takes place every 26th of each month.

1969 is a very trying year for Master Hikitsuchi, after the death of his master, his 13 year old son suddenly dies on May 20.
At the beginning of the 1970s, more and more foreign uchi-deshi came, especially the Americans. The Shingu dojo expanded in 1971, with a new area of ​​106 tatami mats.

Faithful to the teaching of the Founder, Master Hikitsuchi develops an almost ascetic practice. He gets up every day at 6 a.m. to recite Buddhist prayers for the missing, then he prays in front of the photo of Master Ueshiba before giving the first class at 6:30 a.m.

Hikitsuchi Shihan considers its mission to be the voice of O Sensei worldwide. To this end, he went to the United States in 1974 and 1978.