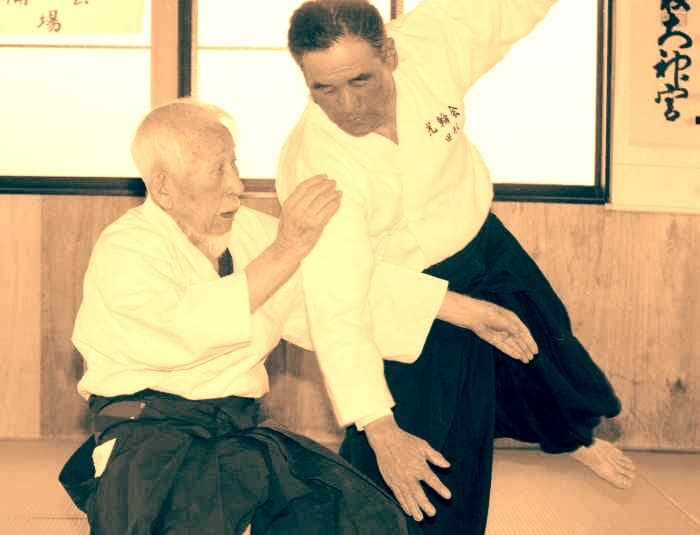 The Korindo continues to expand with the opening of new dojos in Shizuoka in October 1945, in Okayama in November 1947 and then in Tokyo in September 1953. 1954 saw the birth of the Nihon Korinkaï , an organization grouping together all of its dojos.

In October 1977, Hirai Sensei founded a training institute in Nishiizu in Shizuoka prefecture.

Its organization currently has around fifteen dojos in Japan and also shines internationally by being present in Germany, Italy, Russia, Hong Kong and Israel. Her son, Doshu Tomohiro Hirai, currently directs it.

Korindo’s taisabaki consists of seven forms or kata: kesagiri, kote-sabaki, irimisabaki, shihosabaki, isogaeshi, tsuiage e ushirosabaki. Usually they are practiced solo, but they can also be done with a partner. These seven kata are practiced to the front, back, right, and left, and they help develop the ability to apply techniques from any position. Minoru Hirai’s unique taisabaki forms, which constitute the basis of his Korindo Aikido, can be practiced empty-handed, with a sword, short staff, or spear. The goal is to express the natural mind as natural martial arts techniques.