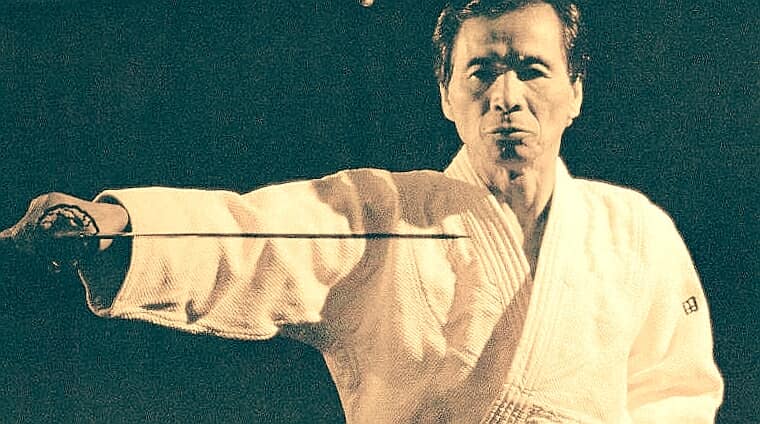 Minoru Mochizuki sensei received an important government office in 1938 and moved to Mongolia, where he held the position of Vice-prefect of the district. Once the war was over, he returned to Japan in 1946, and shortly afterwards he resumed teaching in his Dojo. In 1951 he was part of a cultural delegation from Japan invited to a UNESCO event in Geneva. For a mishap he is forced to stay in Europe, where he gives lessons and demonstrations of Judo, Aikido and Bujutsu. His work continues in the years to come, especially in France, thanks also to the transfer of his son Hiroo to this country, where he will also promote Karate, as well as his paternal martial arts, and later found himYoseikan Budo.

Minoru Mochizuki sensei continues his teaching in Japan, where he reaches the highest degrees in the many disciplines he practices. He continues to travel to Europe, even if, from the eighties onwards, his age and health limit his movements.

In 2000 he received the Yoseikan Budo International delegation in Shizuoka. In 2001, due to his bad health, he moved permanently to Europe, to his son Hiroo in Aix-en-Provence, where he dedicated himself to transmitting his techniques, as well as to his own son, to his grandson Michihito and the high grades of Yoseikan Budo International. In the same summer of 2001, he passed on the succession as Soke of the Yoseikan to his son Hiroo, before the international assembly of school teachers.