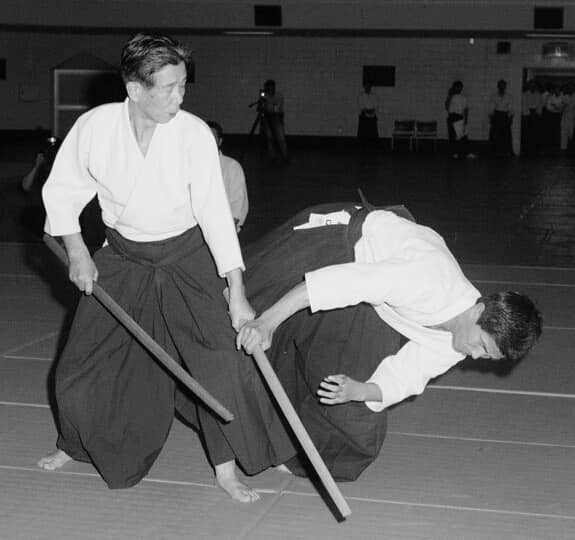 Aikido master, Seigo Yamaguchi Sensei, regularly taught Aikido in the Honbu (central) dojo of AIKI-KAI Foundation and frequently organized Special Seminars for the upper grade level of Aikido students. He also conducted his seminars at several Universities and other Dojos.

Gradually his constant and major teaching places were Zoshukan dojo at Shibuya (central southwest place of Tokyo), Honbu-dojo and Meiji University (Ikuta and Ochanomizu). Among these dojos, the Honbu dojo and the Zoshukan dojo were most important instructing places.
Important dojos: Honbu and Zoshukan dojo

The Honbu-dojo is official representation of Aikido and the Zoshukan dojo is his private and main research center. The difference is that the Honbu is open for everyone but membership of Zoshukan dojo was limited in terms of participants who fortunately could profound their understanding of Aikido. Another difference is that the former one is Tatami based and the latter one is Floor based.

He also gave many lectures at other Dojos in locals such as Nagoya University Aikido Club, Shonan, Takasaki, Fukuoka, Shiga, Hiroshima, Saga, Katsuta and Osaka. It is considered that he was very happy to have many sincere students of Aikido and he especially like to teach Aikido for young people as well as hi-level ones.

Seigo Yamaguchi (1924–1996) was a 9th-dan aikido instructor and important teacher in the Aikikai.
According to Mitsugi Saotome, before he was sent to Burma in 1958, he was the most prolific teacher at Aikikai Hombu Dojo.