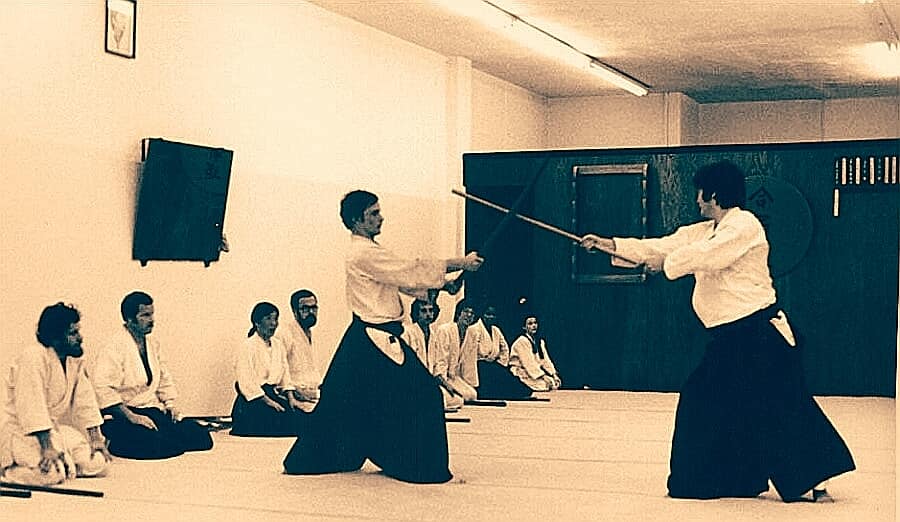 Aikido was not very well-known on the Eastern Seaside of the USA, and the possibility of promoting this martial art with the use of traditional methods were strongly limited due to financial reasons – advertisements in the media was too costly. The only means of presentation were public presentations. Fortunately, thanks to kindness of other martial arts schools, the opportunities of public demonstrations were in abundance, e.g. during karate championships. That is why lots of pupils come from others martial art dojos, and wanted to test themselves on new grounds. These first years were a significant challenge for Yoshimitsu, however he was supported very strongly by the students, who were involved in the dojo matters, among others: Mike Abrams, Harvey Konigsberg, Harry McCormack. On average about 50 persons trained in the dojo in the sixties. The main instructor of NY Aikikai did not have much luck. The cultural exchange visa card that he possessed did not guarantee him a stay in the USA for a longer period, which threatened with deportation back to Japan. New problems arose along with the birth of his children. The two, who were born in the United States, were given American citizenship and could remain in the country. Yoshimitsu himself, his wife and the first daughter, born in Japan, could not. Trying to protect his family from the soulless emigration law they made a difficult decision: the wife would return to the homeland with children. The separation with the closest ones in that period is the thing that Sensei Yamada regrets very much to this day.

Slowly aikido became appealing to people not only in New York, but also throughout the whole Eastern Seaside. This was above all thanks to incredible involvement of Sensei Yamada. He travelled so much – to Boston, Southern New Jersey, Pennsylvania and Canada – that his students started complaining that he was not in NYC at all. However, as he was the only person with proper experience, he had to take care of everything himself. Actions of Yoshimitsu Yamada were intentional – work at the foundations in time resulted in numerous great teachers, who run their own schools to this day.