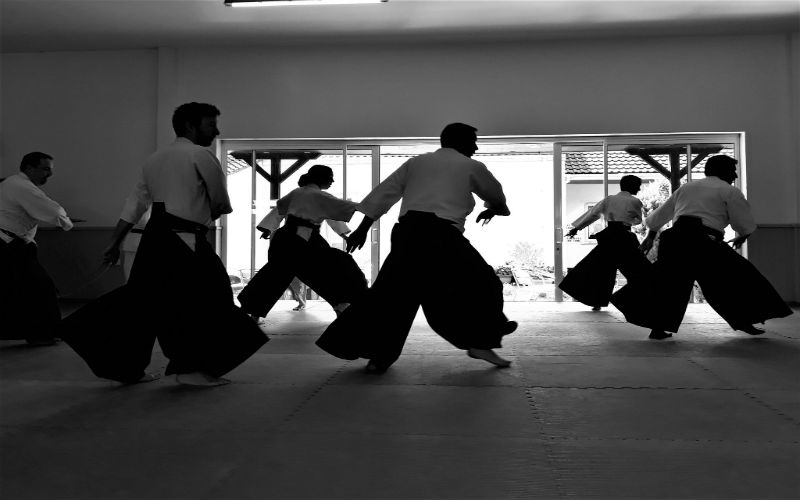 The name aikido is based on the ki principle. Ki is the life force; a driving force that gives life its meaning.

Ki, mind, and body are one.

The founder, O’sensei Morihei Ueshiba was in search of the Ki Harmony. “Ki is the universe’s life energy. It determines the undetectable work of the five senses. Only by using this unifying force of body and mind you will be able to move freely as much as you want.”

How can we use Ki to its finest?

First, we must learn how to use the power of breathing, kokyu ryoku in Japanese. A similar term to it is the Indian philosophy term prana, meaning “breathing”.

O’sensei Morihei Ueshiba understood the need to unite spirit, body, and ki. Through this union, a person is able to connect to the universe and acquire power over the life force. Eventually, the harmony existing between mind, body, and energy will lead to true enlightenment – the ultimate aim of Aikido.

Avoid conflict. Do not fight

This way of thinking, in harmony with the universe, prevents us from losing.