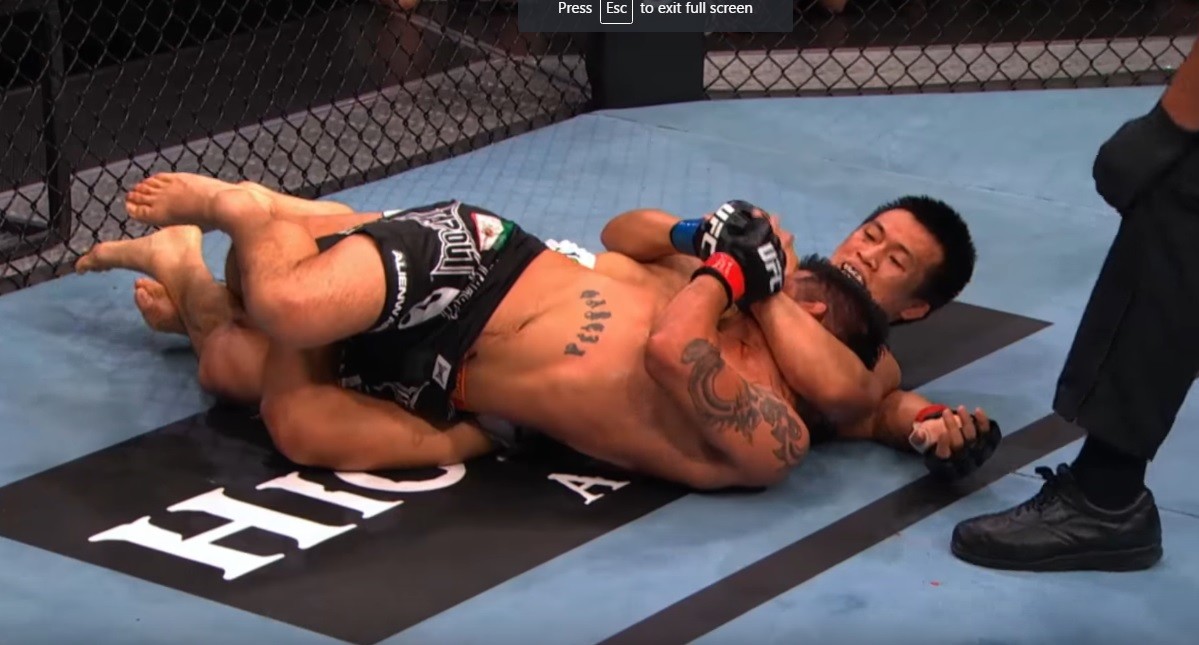 Max Holloway was an early pitch for MMA observers who watched The Korean Zombie outwork Dan Ige, and from the sound of it, the UFC Vegas 29 main event winner welcomes that fight, too.

Zombie, also known as Chan Sung Jung, issued one of his clearest challenges to date when he was asked about his place in the UFC featherweight division.

Jung was back in the win column and remains in the title picture after a setback against Brian Ortega this past October. With Ortega set to vie for the belt after a turn on The Ultimate Fighter 29 opposite champ Alexander Volkanovski, Jung could earn another shot at the title by beating Holloway, who’s lost two straight against the champ.
Jung said his performance Saturday gave him the confidence to fight again for UFC gold after a meeting with then-champ Jose Aldo in 2013 ended in a lopsided decision loss. Even if he didn’t get a highlight-reel finish, a dominant win was enough.

The fight against Ige reintroduced Jung to some of the adversity he faced in the Aldo bout. A dislocated shoulder he suffered against “Junior” flared in the second round as he took Ige’s back.

“I felt my shoulder pop in and out,” Jung said. “It kind of popped back in.”

“We kept on telling him to put his hands up, and it’s not like he didn’t want to,” Cha added. “It’s just he couldn’t raise his hand. He felt like my jab got a little bit slower, so it definitely affected him.”

Instead of slug it out, Jung took a smarter approach to the fight, mixing his strikes with takedowns that netted him extended ground control time against Ige, who was increasingly frustrated as the fight went into deep waters.

“I was willing to brawl in there, but it was the coaches gameplan to mix it up and take him down,” Jung said. “After the first and second round, I realized I didn’t have to do that. The gameplan was working, so I continued to do so.”

Was it Jung’s plan to angle for a fight with Holloway, who bounced back from his pair of title losses with a fabulous win over Calvin Kattar? That remains to be seen, but The Korean Zombie got the ball rolling anyway.