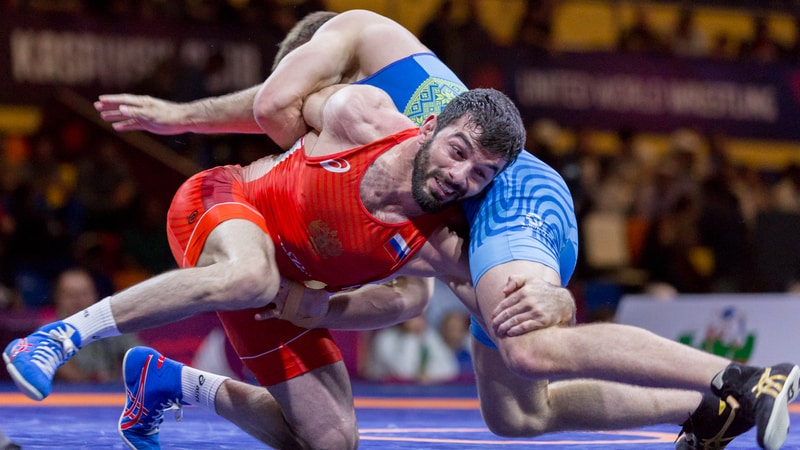 The United States won three of the night’s six gold medals on Friday night at the Pan American Championships in Ottawa, Canada.

Claiming the title at 72 kg was Bunker who faced Joilson DE BRITO RAMOS JUNIOR (BRA) in the only match of the day contested at 72 kg.

Bunker trailed 2-0 at the break but went up late in the second period, drawing a passivity and a caution-and-two from de Brito to hang on for a 3-2 win.

In the finals at 97 kg, Hancock avenged a loss from earlier in the day against Gabriel ROSILLO KINDELAN (CUB).

The two wrestled in pool action in the morning session, where Rosillo won by pin. Being the top two athletes from their pools, Hancock and Rosillo advanced to opposite semifinals, and were eventually pitted against each other in the finals.

There, Hancock drew a passivity from Rosillo and capitalized in par terre, scoring two big throws for an eventual 10-0 win.

Cuba picked up two gold medals on Friday, winning at 67 kg and 130 kg.

In the finals, he cruised past Diego MARTINEZ de LEIJA (MEX), 11-2. Martinez scored first with a takedown on the edge, but Borrero stormed back, scoring 11 unanswered points for the technical fall victory and his sixth Pan Am Championships title.

Pacheco rattled off two takedowns and a gut wrench for an early 6-0 lead. The Cuban added two step outs for an 8-0 tech fall.

Toro went ahead quickly with a takedown and two gut wrenches. The USA challenged one of the guts, but it failed, giving Toro a 7-0 lead. To wrap up the bout, Toro hit a throw on the edge for two points and a 9-0 victory.

The win marks Toro’s first Pan Am gold at the Senior level. He also owns two Junior Pan Am titles.

Also of note at the same weight, Emerson FELIPE ORDONEZ (GUA) won a bronze medal. He was funded by the United World Wrestling Development Technical Assistance program, which allows athletes from developing countries the opportunities to compete at top-level events.