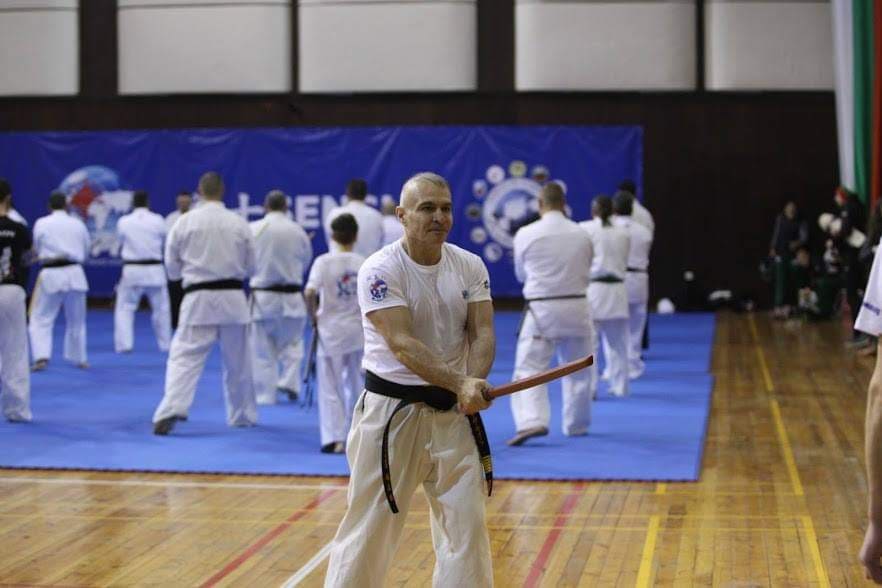 We present you an interview with Shihan Ivo Kamenov, Executive director of the KWU International Professional League and Chairman of the National combat sports association in Bulgaria (NABS).

The kyokushin karate master spoke in 2018 at the International Summer camp in Kamchia, Bulgaria.

Everybody has a thing they like: some collect flowers, some collect stamps, some collect bills, other live with their own deep interest. You`re a complete mystery for everybody. This probably is like this because of post-soviet times there are not many people that love that much Kyokushin. Why is this interest?

Shihan Ivo Kamenov: Yes, there are people that collect flowers, other get with women, other people collect bills, but other dont do anything .Its quite a difficult question, deeply philosophical and very complex. There are a lot of Kyokushin federations nowadays and many people wonder why they don`t work together united? Like some masters say it might be a question about “ego”, others say it`s about money. Our theory is that Sosai (the founder of Kyokushin, Masutatsu Oyama) has created many masters that have found their way, but others have spoiled everything. We do everything in our powers to develop the sport technically and hope that the martial art will develop in a deeper sense so that the positive energy and the bright thought be in the foundation of our mind. For us, Kyokushin is a deep foundation for the upbringing of a child and the discipline of people. For me this is the best school, more accurately  – the deepest school, that will help you later on.

Another question I would like to ask is why do you make such big camps? I have been in many camps in Japan, Russia, Brazil, US. But I`ve never seen camps of such scale. Why did you choose to make the camp with so many people?

Shihan Ivo Kamenov: It`s like this from a long time ago. It`s a tradition. In soviet times Varna was the main headquarter for Kyokushin camps in Eastern Europe and in post-soviet times. This tradition dates back from 1978, because back then it was hard traveling back then. During the summer of 1978 was the first camp like this. With a lot of effort from the creators of the Bulgarian Kyokushin school in the fae of Konstantin Bozhilov and other serious sensei and shihans from all over the world like Luke Hollander, Collins, Yanchi Drevnyik from the very start we have made serious camps that were really popular. Preparation and tournaments took place here and I can say that the camps in Varna were in the vore of development of this sport in Eastern Europe. As you know in Eastern Europe Kyokushin is on the highest level at this time. And I`m not talking about a particular school or country. These camps that were started here have shown the path to many masters, sempai, sensei and shihans in a positive way. That is why 12 years ago we reignited this tradition so the fighters can broaden their mindset about techniques in Kyokushin and look at Kyokushin not only in the sport aspect of it, but also in the philosophical aspect of it.

You mentioned the philosophical aspect. I want you to clarify something in that topic: what is fear? Can we overcome this vice with training in martial arts, for example with karate Kyokushin?

What are your further perspectives? What will happen with Varna, with this camp and how do you think to develop this martial art?

Shihan Ivo Kamenov: Since the establishment of our federation the camp was a significant part of the process and that`s why the biggest masters from each federation are here. I think there are several steps to be made. The first and most important thing that makes the difference in tournaments are the weight classes. Having them opens up more opportunities for the fighters because the most popular weight classes are 70, 90, 90, 90+ kg, but let`s not forget that there are millions of people that are not for any of those weight divisions and they would also like to compete and make a name for themselves and establish our name on the big fighting scene. Soon there will be news on this topic and how the process will be conducted.