Tito Ortiz with a quick win over Alberto El Patron 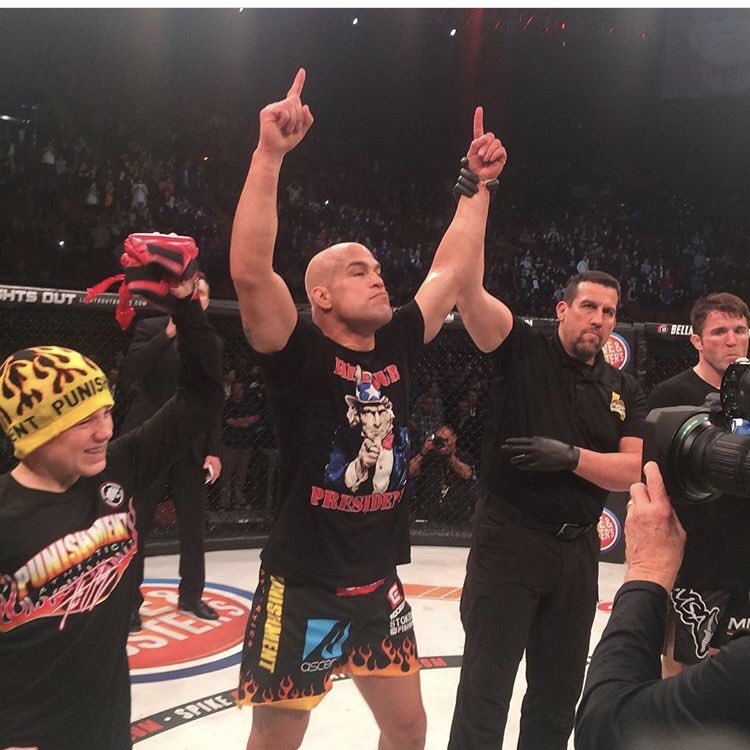 Tito Ortiz took care of business in his first fight for Combate Americas.

This “MMA vs. pro-wrestling” bout served as the headliner for the Combate Americas promotion’s first-ever pay-per-view.

El Patron pawed with jabs at the opening bell, but Ortiz immediately secured a body lock and then moved to side control in the ensuing scramble. He threatened with a guillotine choke that El Patron slipped out of only to find himself backing up as Ortiz refused to give him any space.

A sprawl by Ortiz left El Patron clinging onto a leg with Ortiz punching his mid-section. Ortiz then powered through and muscled El Patron up against the cage, smothering El Patron. In complete control, Ortiz moved to El Patron’s back and eventually secured a fight-ending rear-naked choke in just over three minutes.

During the post-fight interviews, Ortiz (21-12-1) demanded that El Patron give him the WWE championship title that was part of the pre-fight wager (for Ortiz’s part, he put a UFC belt on the line) so that he could give it to his children who he invited into the cage.

El Patron, a native of Mexico who was competing in MMA for the first time since February 2010, used his interview time to deliver a passionate speech in Spanish addressing President Donald Trump’s comments and policies regarding Mexican immigrants.

The first-ever Combate woman’s champion was crowned as Melissa Martinez (7-0) won a close split decision (29-28, 27-29, 29-28) over Desiree Yanez (5-2) in the strawweight title co-main event. “Super Melly” appeared to be out-grappled for much of the contest, but the few exchanges on the feet favored the 22-year-old and Yanez’s ground offense was apparently not enough to win over the judges despite her spending a considerable amount of time in full mount in round two. Yanez also worked for a choke at the end of the second round before the clock ran out on her.

For the majority of the bout, Martinez fought hard to keep Yanez at a distance and avoid takedowns, but Yanez was able to minimize the kickboxer’s knockout potential. A standing guillotine attempt near the end of the fight may have helped Martinez tip the scorecards in her favor.

Levy Saul Marroquin (13-3) kept himself in the hunt for a crack at featherweight champion Bruno Cannetti after dispatching Enrique Gonzalez (8-4) inside of a round with a guillotine choke. Gonzalez was a game opponent and almost secured a guillotine of his own, but Marroquin reversed out of that position, wore Gonzalez down with ground strikes and then found the submission with seven seconds remaining in round one. That made it five wins in his last six appearances for Marroquin.