Tony Ferguson explains why he turned down Max Holloway fight 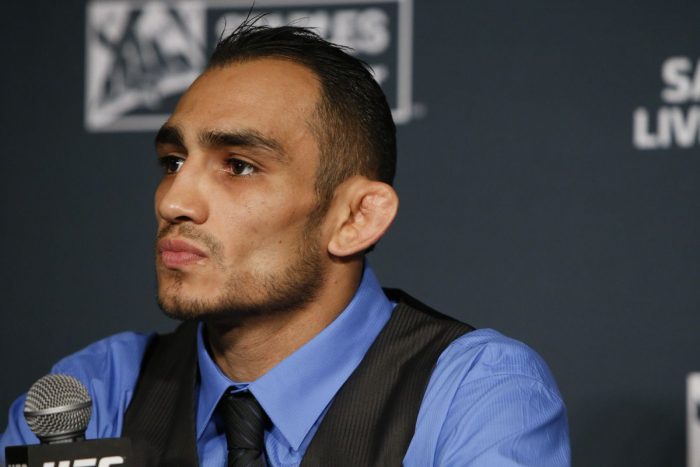 UFC 238 could one of the biggest MMA events of the year. The prelims and the main card are strong as ever, as there are two championship fights.

But there is one fight that everybody will be tuning in to watch – Tony Ferguson (24-3) vs. Donald Cerrone (36-11). The bout between two of the finest guys in UFC could be a lightweight championship eliminator.

“El Cucuy” will be making his return to the Octagon since his last fight against Anthony Pettis at UFC 229 last October, while “Cowboy” will be entering the cage tomorrow night for a third time this year.

But it’s important to know that there was a big chance that this clash wasn’t going to happen because the 35-years-old Ferguson was offered to fight UFC featherweight champ Max Holloway at UFC 236. Thank God, Ferguson rejected the offer and he spoke on his decision to face Cerrone.

“I was coerced to say, ‘No.’ I’ll be real with you guys when have you guys ever known me to say no to a fight,” Ferguson said.

“Literally, this is a round robin tournament. It’s not one of those bracket final four ones anymore. … Seriously, straight up, you can try your best to win the title.

“I won the title. It got taken from me, a guy like Robert Whittaker got hurt, same f****n’ way. There’s politics in that shit. I got an Ultimate Fighter trophy, which hardly any of these dudes that are holding a belt have. I’ve got a title belt.

“If I have a roof over my head and if I’m cashing checks and choking some necks I’m always happy.

“The trophy doesn’t mean s**t to me, they’re going to do what they’re gonna have to do to protect their guys and their pockets, so f**k ‘em. They don’t like me, f**k ‘em if they can’t take a joke.”