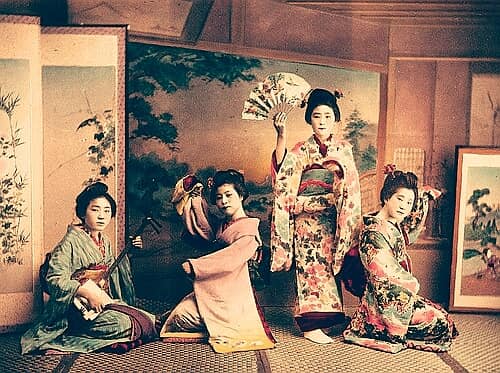 The kimono (きもの/着物, lit., “thing to wear” – from the verb “to wear (on the shoulders)” (着, ki), and the noun “thing” (物, mono)is a traditional Japanese garment and the national dress of Japan. The kimono is a T-shaped, wrapped-front garment with square sleeves and a rectangular body, and is worn left side wrapped over right, unless the wearer is deceased.

The kimono is traditionally worn with an obi, and is commonly worn with accessories such as zōri sandals and tabi socks.

Kimono have a set method of construction and are typically made from a long, narrow bolt of cloth known as a tanmono, though Western-style fabric bolts are also sometimes used.There are different types of kimono for men, women and children, varying based on the occasion, the season, the wearer’s age, and – less commonly in the modern day – the wearer’s marital status. Despite perception of the kimono as a formal and difficult to wear garment, there are types of kimono suitable for every formality, including informal occasions. The way a person wears their kimono is known as kitsuke (着付け, lit., “dressing”). 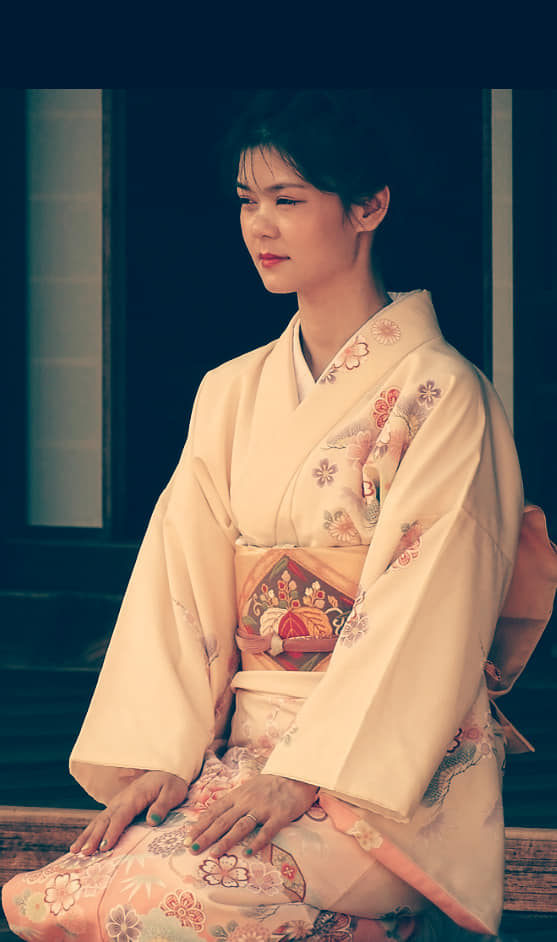 In the present day, the kimono is uncommonly worn as everyday dress, and has steadily fallen out of fashion as the most common garment for a Japanese person to own and wear. Kimono are now most frequently seen at summer festivals, where people frequently wear the yukata, the most informal type of kimono; however, the kimono is also worn to funerals, weddings and other formal events.

The people who wear the kimono most frequently in Japanese society are older men and women – who may have grown up wearing it, though less commonly than in previous generations – geisha and maiko, who are required to wear it as part of their profession, and sumo wrestlers, who must wear kimono at all times in public.

Despite the low numbers of people who wear kimono commonly and the garment’s reputation as an uncomfortable piece of clothing, the kimono has experienced a number of revivals in previous decades, and is still worn today as fashionable clothing within Japan.