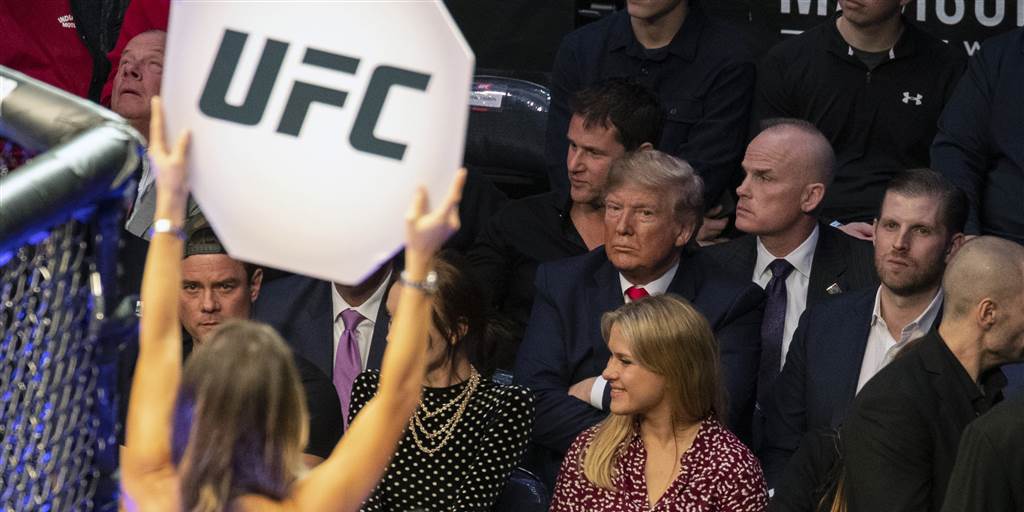 According to the Washington Post Trump’s appearance at the event cost around $60,000. Footing the bill for the appearance was the Republican National Committee (RNC). That amount includes tickets, catering and security for Trump and his guests.

The Washington Post reported that it was ‘unclear’ how McCarthy, Meadows, and King could have accepted tickets for UFC 244, however. The Post stated that Members of the House of Representatives are allowed to accept free tickets to sporting events if the event is also a fundraising event. To receive gifts, members must have written approval.

When the Post reached out to the RNC for comment on the matter an official told them that the RNC covered the cost of the event because Trump was attending.

Spokespeople for King, Meadows and McCarthy – who posted a picture on Instagram of him and Trump riding in Marine One over New York City – did not respond to requests from the Post for comments on the matter.

A week before UFC 244 the RNC also paid $465 per seat in a luxury suite at Nationals Park so that Trump, along with 11 members of Congress and senior White House staffers, could attend a World Series game between the Washington Nationals and Houston Astros.

The RNC also paid for Trump to attend the college football national championship in 2018.

The RNC is funded by political donations. Ahead of the 2016 U.S. presidential election the Fertitta brothers (then owners of the UFC), along with their wives, donated a combined $400,800 to the RNC. In 2017 Dana White donated $29,600 to the RNC.