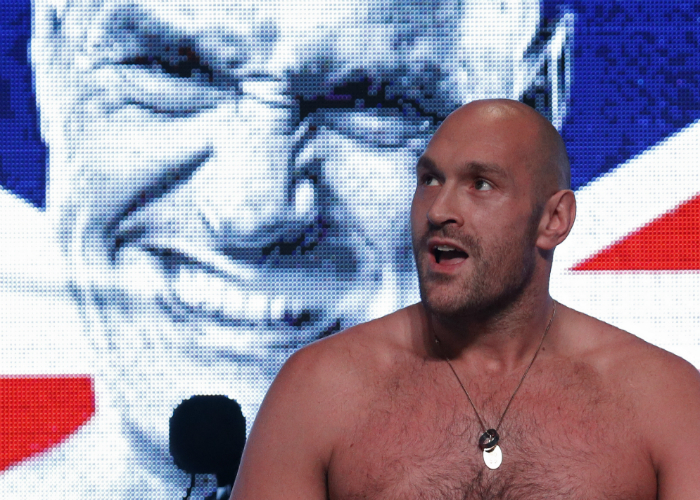 John believes Fury was out of sorts due to bad preparation. John says getting down to his lowest weight since Wladimir Klitschko after piling on so much weight was the wrong move.

“One word, I’ve never seen him so BAD,” Fury told BT Sport Box Office’s Paul Dempsey. “He looked weight drained. He looked like he left it all in the gym, to be honest with you. From the second round on there was no snap. There was no real movement. There was no real thought going into his work. It was just a labored performance. And then the cut happened.”

Tyson Fury walks out in a sombrero with a mariachi band in honor of Mexican Independence Day #FuryWallin pic.twitter.com/eAtQckwk1s

“He’s a lucky man to get the win, to be honest. Very lucky indeed. I don’t know how he’s got from the third to the twelfth round (with that cut). The referee Tony Weeks, we had him for the Klitschko fight and he was taking points off Tyson whenever he could. I just think he’s a very lucky chap to come out the winner. But that’s not Tyson in there.”

“Whatever’s gone wrong in that camp, and it has gone terribly wrong, someone is to blame. He didn’t look like he had the strength from the word off. His timing was off, his distance was terrible. He never threw a meaningful shot, really. The only ones he landed were labored shots, hoping to get him out of there. “That’s my son, but that’s the worst I’ve seen him.”

He continued: “I’m very proud of the way he mauled his way through it. As he showed a world-class heart and he will come again. He needs to go back to the drawing board and see what’s gone wrong here. Things ain’t right and he needs to look where he’s gone wrong. I’ve half an idea. For a man after an eight-week camp to have no breath left after two rounds, what’s happening? He’s got down to 254 pounds and his strength and power have gone with it. That wasn’t Tyson.”

Asked about what changes Tyson should make, John added:

“It’s a circus. If I had my way, the lot would be gone (Ben Davison and co.). The lot would be gone. Looking at that there, if he keeps hold of that team, they are going to cost him his career. And I’ll say it live on TV. The team being Ben Davison, whoever he’s got around him now. He (Ben) needs to look in the mirror and say – I’m not good enough and it’s proved it tonight. The cutman was the only worthwhile man in that team. Credit to him because how can you fix that? – They (the cutman) saved his life (career-wise). It would have been gone (if he was away from home with that cut). ”