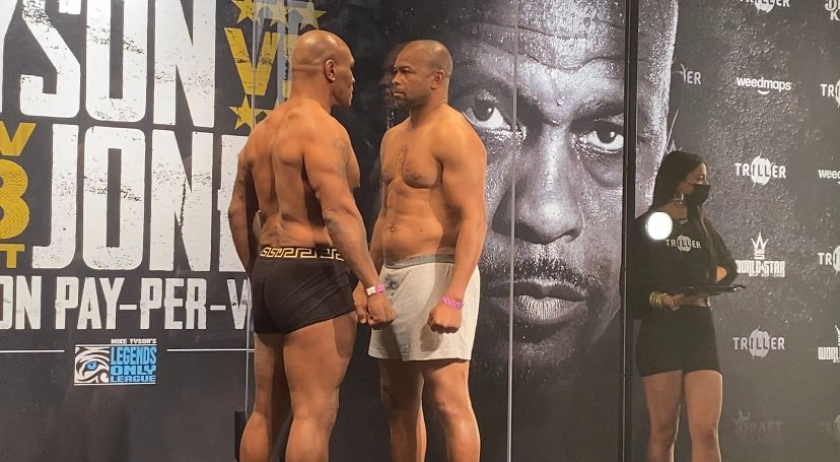 “I’m pitching punches. Everything else is up to Roy. I’m coming at him. He doesn’t have to worry about me. If I’m running anywhere, I’m going to run right at him,” Tyson said.

Jones didn’t want to give up his decisive strategy for the fight.

Jake Paul had an eight-pound edge over Nate Robinson in the anticipated co-main event.

Check out the Tyson vs. Jones Jr. weigh-in results below.