UFC 249 has found a new location 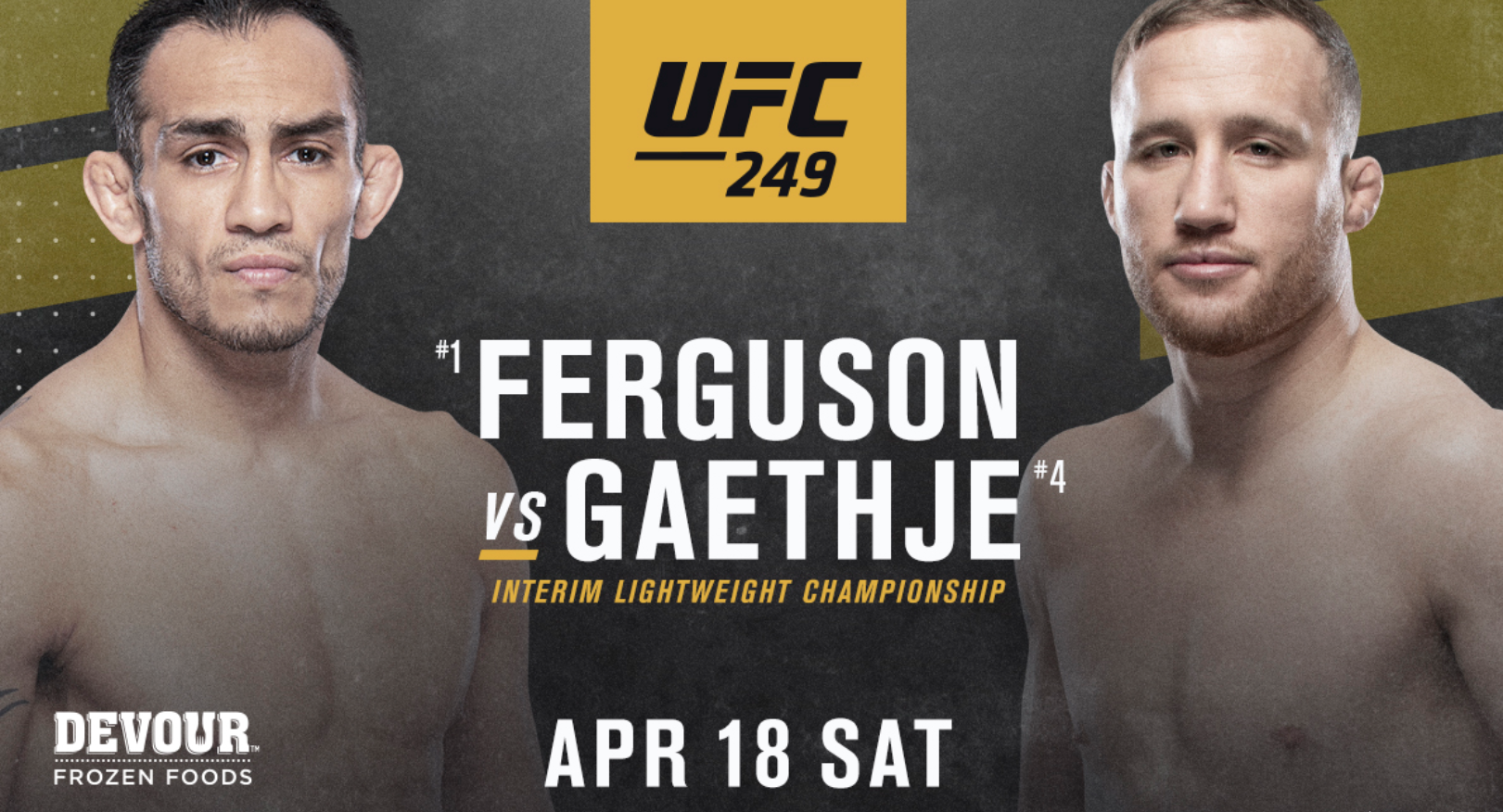 UFC intends to return after a string of event postponements due to the global coronavirus pandemic.

The location and venue of the card have been kept secret by the UFC brass, but the Wrestling Observer Newsletter’s Dave Meltzer reported that UFC 249 will take place at VyStar Veterans Memorial Arena in Jacksonville, Florida.

This marks the UFC’s third attempt at making UFC 249 happen. The event originally was scheduled for April 18 in Brooklyn, N.Y., but Barclays Center quickly became a non-option as the coronavirus outbreak forced a ban on mass gatherings (and eventually stay-at-home orders) in New York and nationwide.

In response, the UFC tried getting around California’s stay-at-home order by still hosting UFC 249 on April 18 on tribal land at Tachi Palace Casino Resort near Fresno, but that plan was shut down.

Florida became an attractive option for UFC 249 after WWE was allowed to continue filming shows at its Performance Center in Orlando.

UFC 249 originally was to be headlined by a lightweight title fight between champion Khabib Nurmagomedov and Tony Ferguson. Once Nurmagomedov was forced to withdraw because of travel restrictions in his native Russia, the UFC inserted Justin Gaethje to fight Ferguson for an interim title.