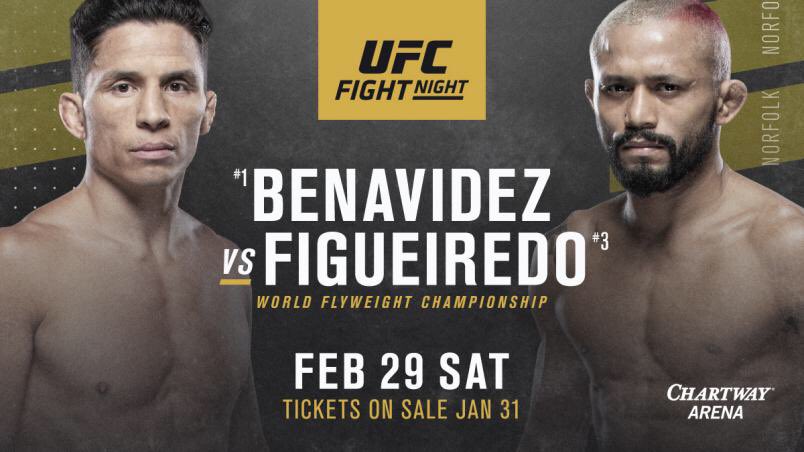 Boec.com has UFC Norfolk results for the Benavidez vs. Figueiredo fight card in Norfolk, Va., a live blog of the headliner, and live UFC Norfolk Twitter updates.

The scheduled main event features a showdown for the vacant UFC flyweight title, though due to a weight miss by Figueiredo, only Benavidez is eligible to capture the belt with a win.

Also on tap for the ESPN+ event is a women’s featherweight co-headliner between Felicia Spencer and Zarah Fairn dos Santos.