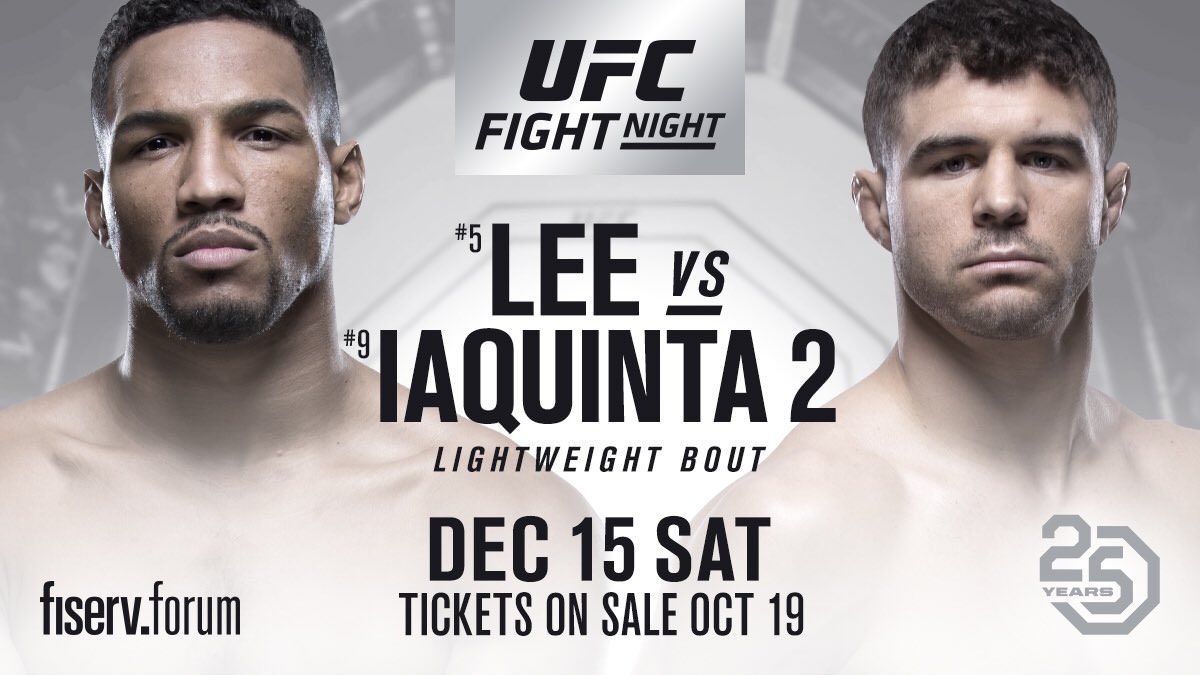 The two elite fighters went to war to prove their names belong on the short list in the UFC’s deepest division.

Kevin Lee and Al Iaquinta both came into their UFC on FOX 31 main event as winners in five of their past six fights, meaning the victor in this bout, the final FOX network fight in the UFC’s seven-year deal with the company, would be well-positioned for a run toward the title.

In the end, Iaquinta was the fighter who emerged with his biggest career victory. The Long Islander known as “Raging Al” rallied over the final two rounds after a Lee got off to a fast start and earned a unanimous decision at Fiserv Forum in Milwaukee. The judges’ scores were a pair of 48-47s and a 49-46.

“With the right preparation, the right fight, I could beat anyone in this division,” Iaquinta said.

The opening round was mainly conducted in the standup, with each fighter trying to feel one another out and not waste too much energy in a five-round affair. Both fighters landed notable shots; Iaquinta with a spinning back elbow and Lee with a counter right that opened a cut over his opponent’s left eye.

In the second, Lee went to his wrestling base and appeared to have his opponent in a bad way, as he body locked his foe from his back and landed elbows. Iaquinta managed to escape. Lee went back to his wrestling in the third and scored with a takedown attempt that ultimate ended in a slam.

But perhaps he expended a bit too much energy in doing so. Iaquinta picked up the pace in the fourth and starting finding a home with strategic and well-placed punches.

Lee tried to implement his wrestling in the fifth and initiated an extended grappling exchange, but when Iaquinta broke free he turned up the heat on a fading foe. Iaquinta stalked Lee and landed jabs and overhands and had Lee wobbly by the time the horn sounded.

Iaquinta improved to 14-4-1 as he shook off his decision loss to UFC lightweight champion Khabib Nurmagomedov at UFC 223 and earned his sixth win in his past seven fights.

Afterwards, he suggested Conor McGregor would make a good next fight.

“If Conor wants a rematch against Khabib, he’s gotta go through me first. He tapped out,” Iaquinta said, in reference to McGregor’s fourth-round loss to Nurmagomedov at UFC 229.

For his part, Lee (17-4) looked absolutely stunned by the decision.

“I thought I put up a good fight,” Lee said. “It’s not many times I’m speechless like this. I thought I won the first three rounds for sure.”