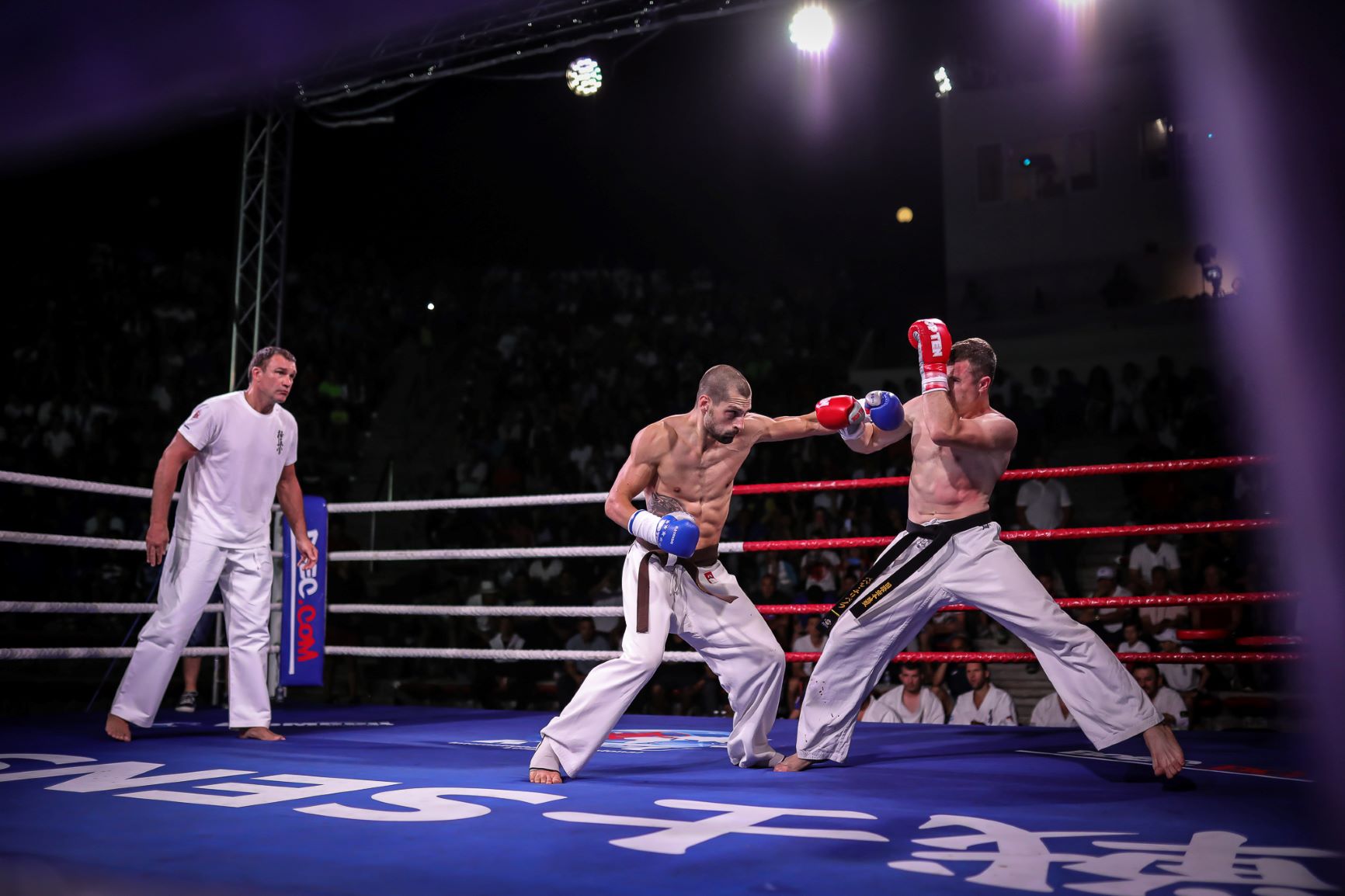 At SENSHI 5 we will see multiple karate kyokushin national champion from Ukraine Serheiev.

Bulgarian Stoykov holds the World and European muay thai title, and in another martial art – karate kyokushin, he has silver medal from the World Kyokushin Union (KWU) World Cup for Juniors (2013). It is going to be the second match of the evening.

The bout is in up to 70 kg. category and will follow the KWU SENSHI rules, which allows throws and elbows to the head.

In 2019, the fighter of “Armeec” won the first edition of SENSHI CUP in Kamchia, achieving three clear victories in two days and winning the Knockout of the Night.

Video from the participation of Peter Stoykov at SENSHI CUP – HERE , HERE and HERE.

In October 2019, at SENSHI 4 Stoykov beat the much more experienced Serb Dragan Pesic in the 70kg category. The match ended with a quick success for Stoykov, who knocked out his opponent in the middle of the first round. Watch the battle HERE.

His SENSHI debut was in April last year, when he beat Omar Magomedov of Russia at 70 kg in “Arena Armeec”. You can watch the video HERE. The special guests are going to be referees of some of the battles.

On February 22 in Varna at SENSHI the spectators will watch 8 more bouts between some of the biggest names in martial arts from 11 countries. Two WAKO PRO world champions will also determined, as well as the new European champion of the same organization in the up to 75 kg category. Bulgarian kickboxer Bogdan Shumarov is contender of the vacant title. Atanas Bozhilov will make his first defense of the WAKO PRO world title. SENSHI 5 is carried out with the special assistance of A1, Central Cooperative Bank, Armeec JSC, Bulgaria Air, M Car Sofia and Bang&Olufsen.