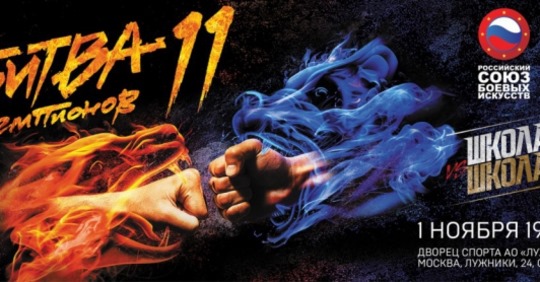 One of the biggest fighting events in Russia will be conducted under the SENSHI rules.

On November 1 at the “Luzhniki” Palace of Sport in Moscow, Russian fighting fans will be able to enjoy one of the top events of the year – “The Battle of Champions 11: School vs. School”. The fight night is being organized by the Russia Union of Martial Arts.

Timur Gastachev (Russia) will square off against Jan Soukup (Czech Republic) in a Kyokushin match conducted under the SENSHI KWU’s Professional League rules.

Check out the remaining bouts from the November 1 fight card:

– Rasul Omarov (wushu, a two-time european champion, winner in the “Battle of Champions 10”) vs. Yuri Zaatov (kickboxing, champion of Russia)