Anderson Silva received offers to fight in Japan, but likely ‘done’ with MMA 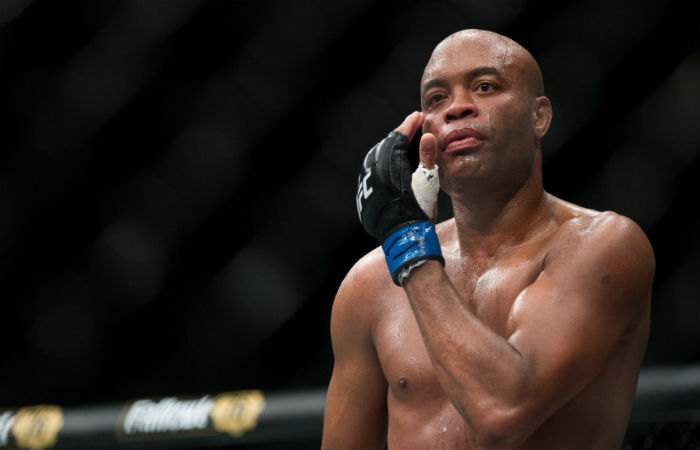 It appears that Anderson Silva won’t be returning to MMA after all.

The former UFC middleweight champion walked away from the UFC after a fourth-round TKO loss to Uriah Hall this past October, parting ways with the company he called home for over a decade, and doesn’t seem all that interested in competing in this sport anymore.

Silva, who only won once over his past nine octagon appearances dating back to 2013, said he was approached with an offer to fight in Japan, but ultimately opted to work out a boxing match with Julio César Chávez Jr., which goes down June 19 in Guadalajara, Mexico.

“Every single day different companies, especially in Japan and Asia too, called me, but I think MMA for me is done because it’s hard to train MMA,” Silva told ESPN. “It’s hard to stay in camp training in a good level because you hurt yourself a lot, you know? Now I just try to enjoy. I don’t need to prove nothing for anybody. I just try to enjoy every single moment I fight in different sports. And that’s it.”

A source told MMA Fighting that RIZIN attempted to secure a deal with Silva earlier this year for a fight in Tokyo, but it never materialized. “The Spider” told ESPN he is now “finished [with] this part of [his] life.”

“Maybe my next challenge is jiu-jitsu — gi or no gi,” Silva said. “Just enjoy the moment. The whole martial arts.”

Silva, 46, isn’t completely done with combat sports. On June 19, he will step into the boxing ring to face Julio Cesar Chavez Jr., realizing a long-held dream to step into the squared circle.