Andy Ruiz Jr. feels “ready to get back in the ring 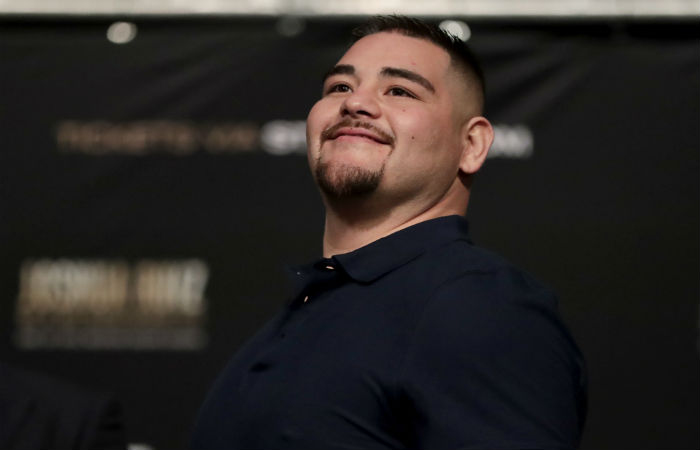 Andy Ruiz Jr just fought on May 1, scoring a solid if unspectacular win over Chris Arreola, and already says he’s ready to get back in the ring, asking fans whom they want to see him fight when he returns.

Fans will, of course, have very little say, but it’s fun to Tweet about it for him, or for us to discuss. The biggest in-house name for PBC heavyweights, of course, would have been Deontay Wilder, but Wilder is slightly busy, as he’s facing Tyson Fury a third time on July 24.

A trilogy bout with Anthony Joshua would seem appealing to some, especially now that Ruiz (34-2, 22 KO) has shown he can at least be in the shape he was for the first fight, but the demand still doesn’t really seem to be there, and at any rate Joshua is also likely busy, as he appears headed for a bout with Oleksandr Usyk in September.

That leaves two bigger candidates out there: Dillian Whyte and Luis Ortiz.

Whyte has been sharply critical of Ruiz, hurling plenty of criticism his way for the Arreola matchup and other things. Ruiz-Whyte would certainly be doable, but would require a bit more legwork from the teams than some fights, and there’s no guarantee either of them are really all that interested in actually doing it, either.

Ortiz (32-2, 27 KO) seems the more likely choice, at least between these two. The Cuban southpaw, 42 or so, is a veteran contender who’s never quite gotten over the hump in his career, but has always been considered dangerous. He hasn’t really fought since a 2019 rematch loss to Wilder, though he was paid to be in a ring last November on FOX, stopping Alexander Flores in 45 seconds of what everyone but FOX commentators and PBC knew was an absurd mismatch going in. (FOX and PBC also knew, but if they want to pretend they didn’t, let’s give them the great respect of going along with it and just thinking they’re super dumb.)

There are other PBC-affiliated heavyweights, of course. Adam Kownacki and Robert Helenius are still expected to rematch one another at some point, and Charles Martin seems content to sit on his IBF ranking and wait for an opportunity there. Gerald Washington and Dominic Breazeale don’t bring much to the table now, really. Otto Wallin might be a wild card to consider.