Azrbaijan claims Freestyle Team Title at the European Championships U23 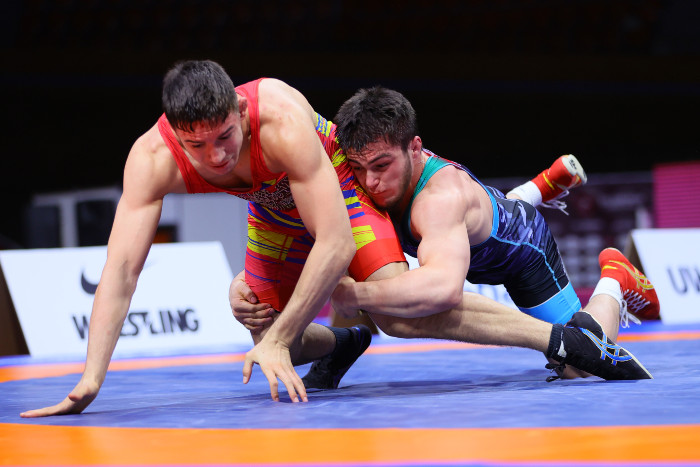 Dzhabrail GADZHIEV (AZE) and Abubakr ABAKAROV (AZE) were the two stars Sunday as they won the gold at 74kg and 86kg respectively, further establishing themselves as big names in the two Olympic weight classes.

Abakarov, who won a bronze medal at the Oslo World Championships, needed only 42 seconds against Lilian BALAN (MDA) to win 10-0. A combination of arm trap and gut-wrench helped him to win the gold with ease but he is looking at the bigger picture.

The fifth gold of the night went to Solomon MANASHVILI (GEO) as he denied Milan KORCSOG (HUN) from becoming his country’s first-ever U23 European champion. In the 8-1 win, Manashvili never looked in trouble and overpowered Korcsog.

His gold helped Georgia win the third spot in the team race as they finished with 149 points, just two behind Turkey.

A few of these wrestlers will now be in Budapest, Hungary as the action shifts to the senior European Championships, the second continental championships of the year.