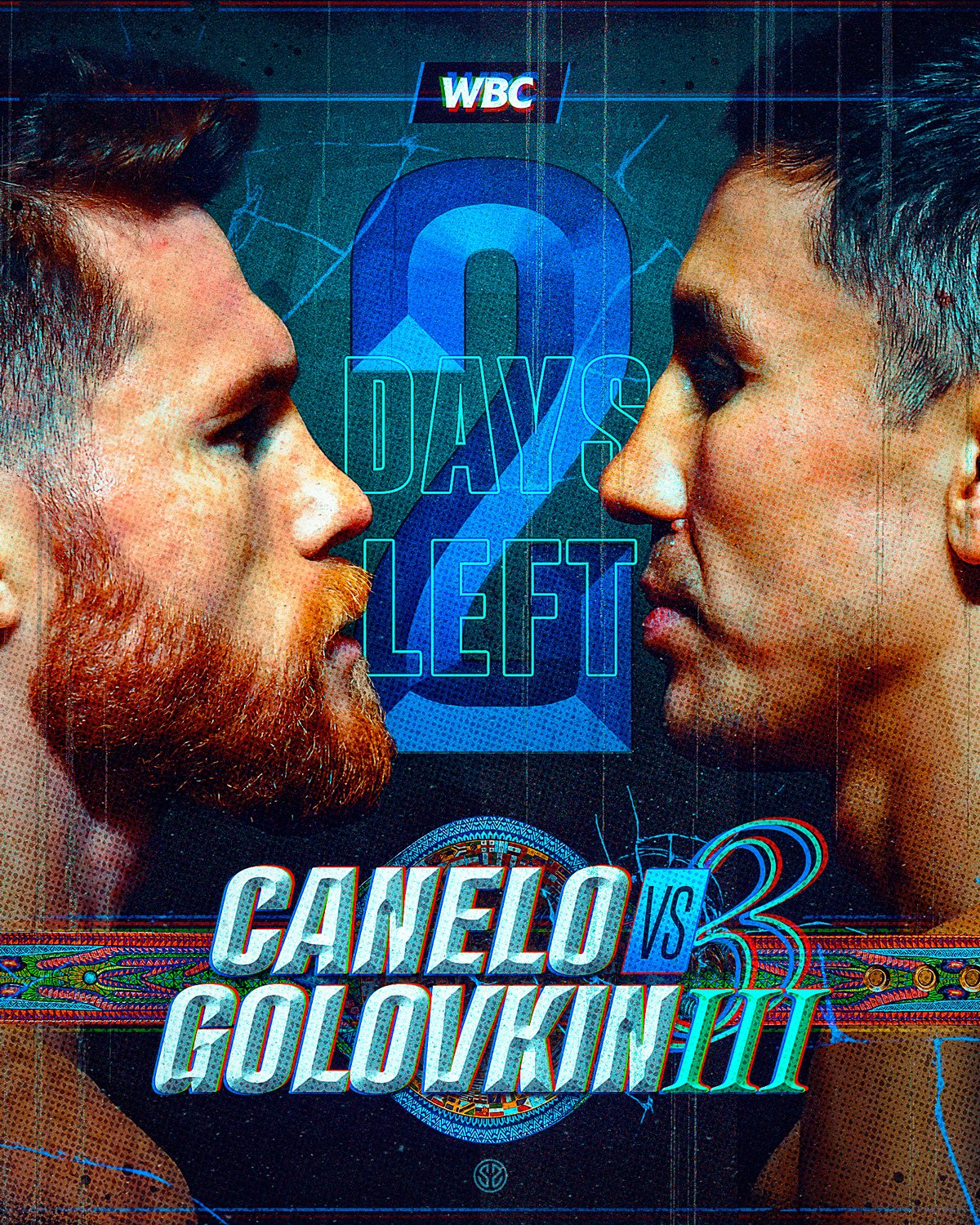 DAZN have officially announced that last Saturday’s third fight between Canelo Alvarez and Gennadiy Golovkin “saw a global audience in the millions, with more than 1.06 million buys generated worldwide including PPV and DAZN subscriptions.”

To be extremely clear here, because sometimes people see a number and stop reading to go yell on social media:

They’re also reporting a strong rise in numbers across bars, restaurants, casinos, and cinemas compared to Canelo’s May fight with Dmitry Bivol (which did a reported 520,000 buys in the U.S.), and big numbers on social media and in app stores, which, you know, whatever, that’s a thing you say to sound current and hip.

The big argument about it all

Canelo was paid a reported $45 million purse, and Golovkin a reported $20 million. That is a lot of money spent just on the two purses.

Promoter Eddie Hearn has gone back-and-forth with Rafael on social media about the whole thing. He cites the live gate as helping with the money, which obviously it would to whatever degree, and that the “vast majority” of buys — he is suggesting that means higher than Rafael’s sources say — were from the United States.

The fight was available on pay-per-view at much lower prices in the United Kingdom and Ireland, Australia, and New Zealand, notably, and was also on pay-per-view at a similar price in Canada. In other DAZN territories, it was subscription, and they did not have the fight in Mexico, Latin America, or Kazakhstan, but to be fair, the amount of buys or subscriptions anywhere but the U.S. would be expected to be significantly lower than the U.S.

DAZN have not reported any overall income number from the fight or any exact breakdown of buys vs subscriptions, where these things came from in x amount of numbers, etc., so it’s all “he said, he said, sources say, no that’s wrong but I won’t elaborate” stuff without that.

All of this is an argument that can be framed with comparisons to past Canelo vs GGG PPV numbers, and will be by some, but while it’s maybe not quite apples to oranges there, it’s also not apples to apples. The market for and the distribution of boxing has changed drastically since 2017-18, when Canelo vs GGG fights did 1.3 and 1.1 million buys through HBO pay-per-view.

But nobody is selling a million boxing pay-per-views in the United States anymore; the Tyson vs Jones exhibition in late-2020 reportedly did 1.6 million, and the Mayweather vs Logan Paul exhibition in mid-2021 reportedly did a million, yes, but those were novelty events not sold directly to the boxing audience, and the consumer expectations would also be different.

For all it matters, they were not really boxing events, even if there were real, sanctioned fights on the undercard. The suggestion of boxing was the selling point for these events, but it wasn’t boxing like your normal boxing show. With Tyson vs Jones, the Jake Paul vs Nate Robinson fight probably did up the numbers, but it’s the rare thing where any undercard fight would have any real impact on sales.

Let’s run down the reported numbers of major boxing pay-per-views after Canelo vs GGG 2 in 2018, including those events so you can see plainly how it has laid out the last few years: 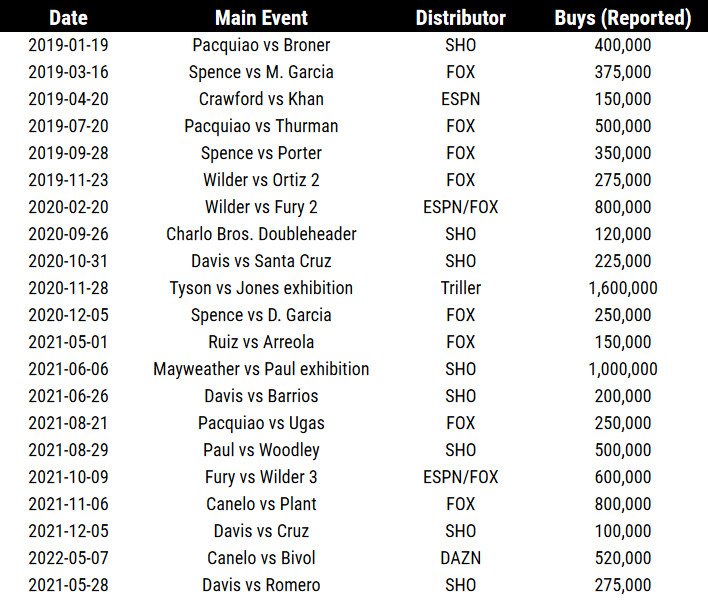