Charles Oliveira responds to Conor McGregor: Beat Dustin Poirier, then ‘I’ll put you on your ass’ 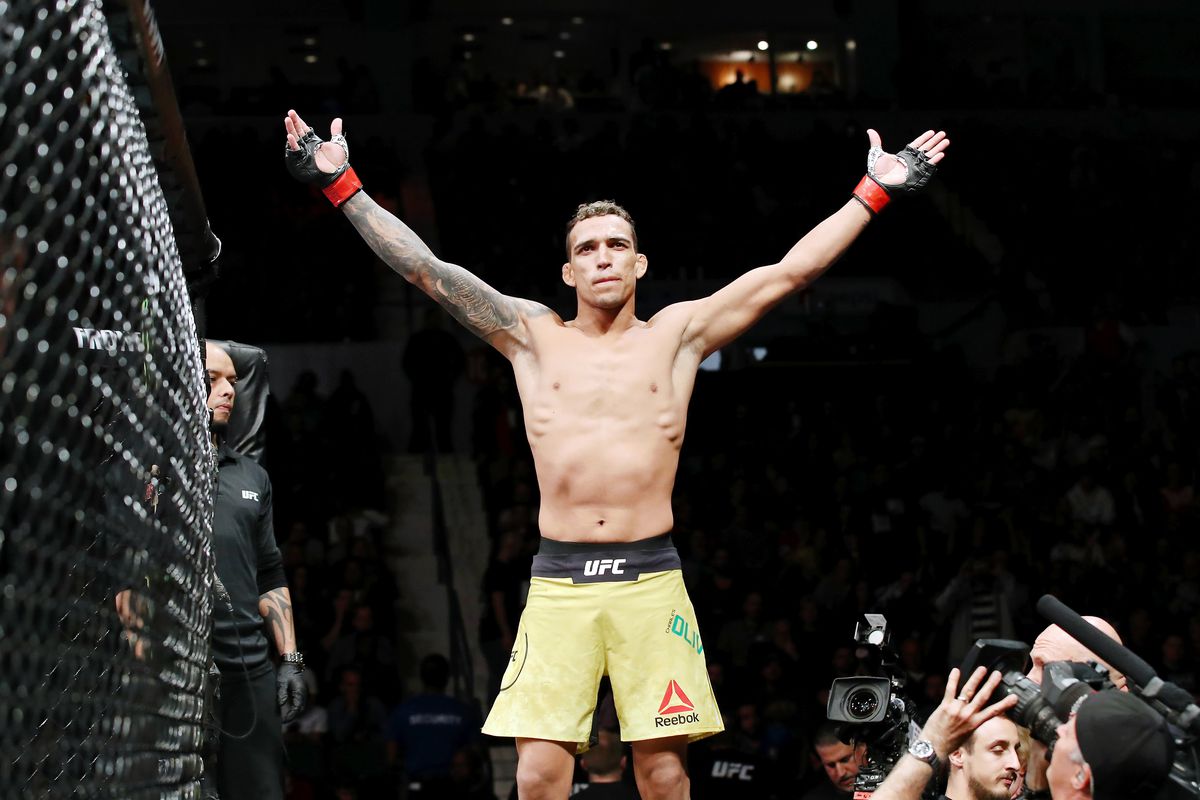 Among the many fighters who responded to Charles Oliveira’s impressive title win at UFC 262 was former two-division champ Conor McGregor.

McGregor’s message to the new Brazilian champion wasn’t anything overtly hostile and appeared to be a nod to his signature whiskey. But it still drew a response from Oliveira at the post-fight press conference.

At first, Oliveira pointed to McGregor’s upcoming trilogy against Dustin Poirier, who knocked him out in January to even the score at one bout apiece.

“Conor, worry about Dustin,” Oliveira said via translator. “Then we’ll talk about it.”

Then asked about title defense in his native Brazil, Oliveira one-upped himself and issued a little callout to the Irish star.

“That would be fantastic,” he said of fighting on home soil. “Conor, since you’re so tough, first of all, you beat Dustin, and then come over to Brazil and I’ll put you on your ass.”

The winner of Poirier vs. McGregor could be the first challenger for Oliveira, who won his first title after 28 fights in the octagon, a company record for the UFC.

“I battled hard to get here,” Oliveira said. “Everybody’s talking about who it’s going to be next, Poirier or Conor. I’ll leave that to my manager, and I’m going to go home and rest.”

Oliveira celebrated cageside with UFC commentator Joe Rogan and UFC President Dana White before leaping into the stands to celebrate with allies. He wept openly as the UFC title was wrapped around his waist and he was announced as champion.

In fact, he is the man at lightweight, which means he’ll entertain all manner of callouts, whether they’re neutral or designed to get his blood up. With McGregor, it could be either.

“First, he has to pass Dustin,” Oliveira said. “He’s just one of these guys that talks alot. He’s got to beat Dustin first.”