Chris Weidman gives positive update on his recovery: ‘I was actually in the gym today’ 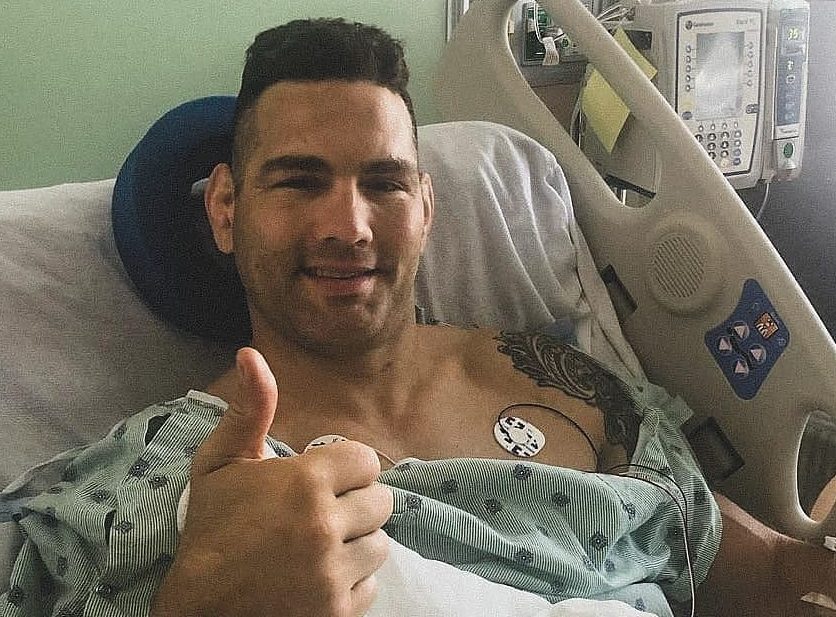 Earlier this year, former UFC middleweight champion Chris Weidman suffered a catastrophic injury when he snapped his lower leg in half kicking into a check from Uriah Hall at UFC 261. The injury was eerily reminiscent of Weidman’s victory over Anderson Silva in their rematch, and no one could have faulted Weidman for deciding to hang up the gloves given the long road to recovery that awaits him. However, like Silva, Weidman made it clear he has every intention of returning to the cage again some day and recently he took another major step towards doing so: returning the gym.

Speaking to Michael Bisping on the Believe You Me podcast, Weidman talked about how his recovery is going and revealed that he actually went to the gym for the first time earlier this week and did a little boxing too boot.

“It’s been pretty damn brutal, as you can imagine,” Weidman said. “It completely sucks but I will say, this is breaking news, I was actually in the gym today. I boxed a little bit. I figured I was going to go to the gym and hit the bag for like a minute and then put my leg up, elevate it and just chill out, just be happy to be in the gym, but there were some guys around and we started play sparring and I was like, ‘Man, this is awesome!’ It felt so good to be back in the gym. So that was a big day for me, but it’s been a crazy road.”

Weidman is only six weeks removed from the surgery to repair his broken tibia and fibulas and made it clear that though he has returned to the gym, it’s far from being in a true training sense, and likely that won’t be for some time still as his leg hasn’t actually healed yet. Weidman revealed some x-rays from this week that showed the rod inserted into his leg and both of his leg bones still clearly broken.

But despite the fact that his leg is far from better and Weidman says there is still some chance of complications – including possible amputation – Weidman is in good spirits about his recovery. The former middleweight champion says that things are going well for him, noting that being able to return to the gym so soon, even in a very limited capacity, was well ahead of schedule. And of course, with his recovery going well thus far, Weidman still has every intention of lacing up the gloves at least one more time.

“The big thing right now is getting ankle mobility back so I can bend my foot the right way and learn to walk without a limp and try to be on my feet as much as possible,” Weidman said. “The more I’m on my feet, the more weight-bearing, the more likely the bone is going to heal, so that’s why I’m really pushing it and doing more than what people expect because I know that if I push through the pain now that means there’s more blood getting to that area and the more likely it’s gonna heal…
“So that’s where we’re at right now,” Weidman said. “You see the rod going down that one bone, that’s my tibia bone. It’s still fractured right in half pretty much but there is some healing going on. That fibula bone, the one that looks completely like it’s not healed, that is still just moving back and forth. Apparently that’s going to create scar tissue and cartilage and the bone is going to bring it together. But with all that being said, I’m up on this leg every single day. It’s kind of crazy to me that really it’s just the rod holding my leg together.”

“I’m trying to give myself the best shot of doing what I believe I can do. I felt so good before this last fight and I would hate to see it just wither away because of this. So I’m giving myself the best shot and we’ll see what happens. If I get back to the gym and my body’s telling me this is not an option than it’s not an option and I’ll figure it out, but I’m pretty confident I’ll be good.”