Dan Hooker on Islam Makhachev: ‘To me, he’s just another body’ 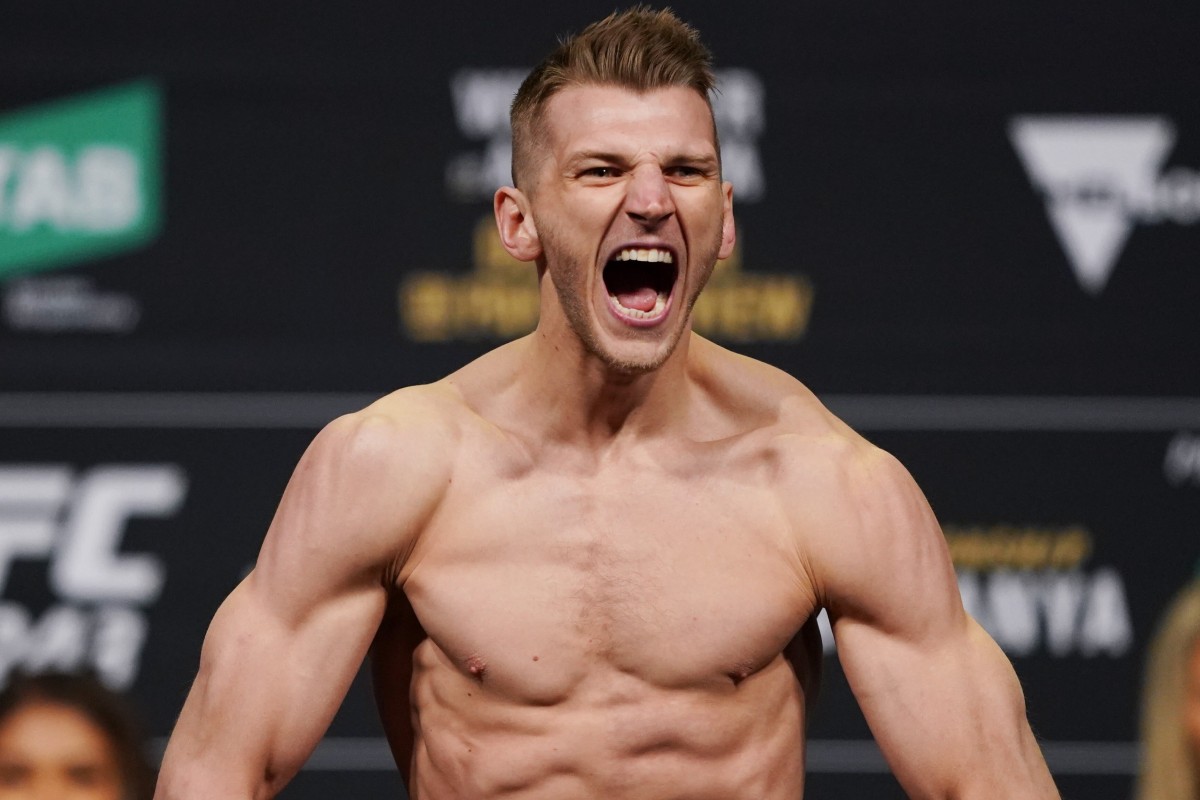 It looks like Dan Hooker isn’t going home just yet.

This past weekend, Hooker fought on the undercard of UFC 266, winning a unanimous decision over Nasrat Haqparast. But though his performance on Saturday was excellent, arguably the more impressive feat was getting to the fight in the first place. Hooker faced enormous hurdles in getting a visa to fly to the United States for his fight, eventually having to resort to a plea via social media on to get it done. In the end, Hooker landed in Las Vegas the night before weigh-ins and still managed to make weight. Following the bout, Hooker intended to return to New Zealand and await his next opponent, however, while this was all happening, another high profile lightweight bout was thrown into jeopardy.

Last week, former lightweight champion Rafael dos Anjos revealed that he was forced to undergo knee surgery, jeopardizing his pending bout against Islam Makhachev at UFC 267. While the bout has not been officially cancelled, all signs point dos Anjos no longer being available for the fight and the UFC has reportedly been looking for a replacement. Enter Dan Hooker.

Speaking with The Mac Life yesterday, Hooker says that though originally reticent to put off returning home to his family for a prolonged period of time, he accepted a fight with Makhachev at UFC 267, after the UFC made him an offer he couldn’t refuse.

“I knew I was the only guy, the only real option,” Hooker said. “But yeah, they called me up and I’m a happy man! I’ll see you in Abu Dhabi! (Laughs) I called up the missus, get out the red panties baby! (Laughs)

“Now it’s indefinite. It’s not like it’s just stupid money. It’s money to justify what they’re asking me to do, right? They’re asking me to pretty much leave my country so with that I need enough to set up a life here for however long. Because there’s Kiwis that have been stuck out of New Zealand for a couple of years now, so it’s all well and good being like, yeah, I’ll take the risk but not being able to go home for a couple of years is daunting to a lot of people.”

Though the bout has yet to be officially announced, Hooker does not foresee any issues with the fight, in part because he gets the distinct impression that the UFC is trying their best to get Makhachev a title shot, which Hooker believes plays directly into his hands.

“Just the feeling I get off of it, they’re so desperate on getting Islam this fight because they’re trying to, obviously, Dubai, there’s a huge fan base there, but they’re trying to get him to the title, right?” Hooker said “And you can’t a title eliminator where only if one of the guys wins (he gets a title shot). Then it’s not a title eliminator, then it’s just something else. So I feel like this is a title eliminator. I feel with a dominant showing here, definitely lines yourself up for the belt. Besides that it would be between us or (Michael) Chandler- (Justin) Gaethje. That’s the logical next fight for whoever. It comes down to whoever puts on the best performance out of those two fights.”

Gaethje and Chandler will fight next month as a feature bout on the main card of UFC 268 but that’s putting the cart before the horse. Before Hooker can even think about the title ramifications of his bout, he has to beat Makhachev, a man many consider to be the next great lightweight champion.

Makhachev is the lightweight GOAT Khabib Nurmagomedov’s chosen successor in the division and has thus far proven to be worthy of the mantle. After losing by KO in his second UFC fight, Makhachev has since gone on a tear through the division, stacking up eight wins in a row, each more dominant than the last. As a result, Makhachev has earned a reputation as one of the most avoided fighters in the sport, but Dan Hooker is not bothered by reputation.

“A bit of the Khabib (Nurmagomedov) mystique has rubbed off on him and his last few performances have been fairly dominant,” Hooker said. “I’ve trained with Drew (Dober) and the way he fought Drew was pretty decisive. Even his last fight, he came out there and it was a pretty dominant fight. So there’s definite skill there but I would love to be the first one to get out there and make him look human, because I know we all are. That’s the funny thing about it, people can say whatever they’re gonna say, like, ‘ Oh, this guy’s unbeatable, this guy’s untouchable!’ I’ve been in the gym with these guys. They all bleed, they all get tired, they all get injured, they all get hurt, and I know I can put anyone’s lights out. To everyone else he’s kind of a mysterious character that has a lot of mystique and invincibility, to me he’s just another body.”