Daniel Cormier on Islam Makhachev: ‘He’s the best fighter in the world at that weight class’ 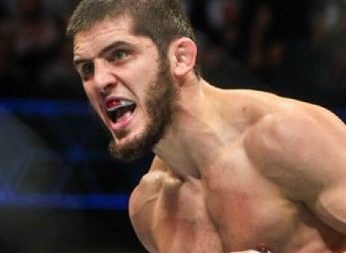 Daniel Cormier knew before most of the world that fighters like Khabib Nurmagomedov and Islam Makhachev were eventually going to take over MMA.

As a wrestler who frequented the international scene during his college and Olympic career, the future two-division UFC champion saw the kinds of athletes coming out of mountainous region of Dagestan.

The republic of Dagestan is smaller than the state of West Virginia, yet it routinely produces some of the best wrestlers in the world, including current No. 1 pound-for-pound athlete Abdulrashid Sadulaev, a two-time Olympic gold medalist and four-time world champion.

His theory was proven correct once Nurmagomedov became one of the most dominant forces in UFC history, even staking a claim as arguably one of the greatest of all-time.

“It’s new to the world, but it’s not new to us, the guys that have done international wrestling, guys that have been around the world championships,” Cormier told MMA Fighting regarding the talent of Dagestani athletes. “When I got my third place medal at the worlds, Russia had maybe five world champs or six, and they had a third [place]. Most of those guys were from Dagestan.

“They just know how to wrestle. I knew the moment I saw Khabib and then I saw Islam, I was like uh-oh, the Dagestanis are starting to do mixed martial arts, it’s a problem for the world. That’s absolutely what has happened.”

While Nurmagomedov eventually retired with a perfect 29-0 record, he’s since gone onto serve as coach to many fighters who came up under him, including Makhachev, who is now ranked as one of the best lightweights in the sport.

Lately, Makhachev has looked unstoppable in the UFC, amassing a 10-fight winning streak at 155 pounds with a 22-1 overall record. Many expect he will claim UFC gold sooner or later, and Cormier is among those who believe the 30-year-old lightweight already sits on top of the world.

“He’s the best fighter in the world at that weight class,” Cormier said of Makhachev. “His abilities are just second to none.”

Throughout his career, Makhachev has never hidden his desire to use wrestling to overpower and often overwhelm his opposition, much like Nurmagomedov did during his unprecedented run in the UFC.

Cormier said the fire that fuels Makhachev in the cage is no different than what he sees out of him in the gym at the American Kickboxing Academy in San Jose, Calif. That constant willingness to prove he’s the best is what Cormier knows will carry Makhachev to a UFC title in the near future.

“Let me tell you something, this Islam Makhachev is crazy,” Cormier said. “I tell him [in the gym], ‘Hey, my guy took you down in practice,’ and he goes, ‘Brother, bring [Olympic gold medalist] Jordan Burroughs [to face me], this will be a good match.’ He’s so sure of his wrestling. I love Islam.”