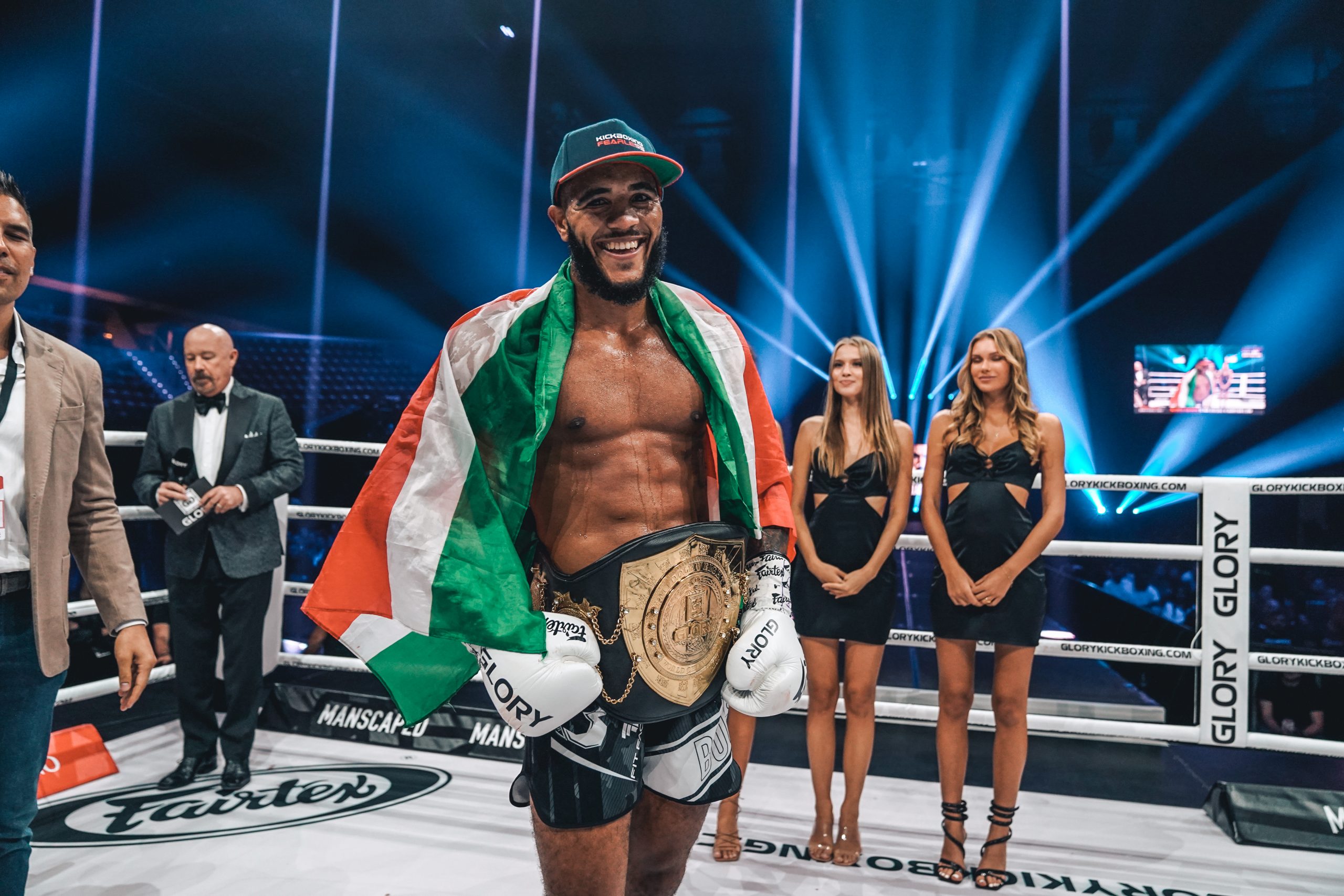 The last time you were in the ring was in September 2021, what have you been up to since then?

Since that time, I have returned to Suriname, where I also live. Celebrating the win, of course. I’ve had many meets and greets, such as meeting the president and vice president. I have also had meetings with many other ministers. Those were fun moments.

You have become GLORY world champion. What has changed in your life?

Not much really. I just stayed myself. Some sponsor offers have come in of course. That’s always good. For the rest I stay focused and sharp. You just have to keep doing the work to stay champion. That mindset has not changed.

When you became champion, you were only 24 years old. How do people react when they hear that you have already achieved this at such a young age?

I really wanted to be the youngest GLORY champion ever, but Tyjani Beztati beat me to it. I didn’t like that very much, but I’m happy for him. People react very positively. I still have a great future ahead of me, so there are still great things to come.

What do you do besides kickboxing?

I don’t really have any other hobbies outside of kickboxing. I have a gym in Suriname, so I take care of the lessons for the youth. I have a fairly young group, many teenagers. I like working with them. When I’m in the Netherlands I train at Kickboxing Fearless in Wassenaar. This is actually my only hobby, my job. I just enjoy it.

What went through your mind when you were told that you could fight for the title during GLORY 78?

The fire in my body was immediately rekindled. It was already there, of course, but when I heard that, I immediately wanted to go to training camp, I immediately wanted to know who my opponent was, I wanted to know everything right away. It was a minus that the event was postponed. I was actually just going to leave, but on the day of departure I was told that the event was postponed. I had to run again, was demotivated and thought ‘here we go again’. Fortunately, it ended well and now I am world champion. It was a very nice training camp and I had very nice moments. In the Netherlands, I trained at Fighting Talents in Den Bosch. I got a lot of love there, but also blows while sparring. At times I was touched, but I just had to keep going. Some moments went well, some less so. It was quite a journey, we had to overcome many things. It was a very nice experience overall.