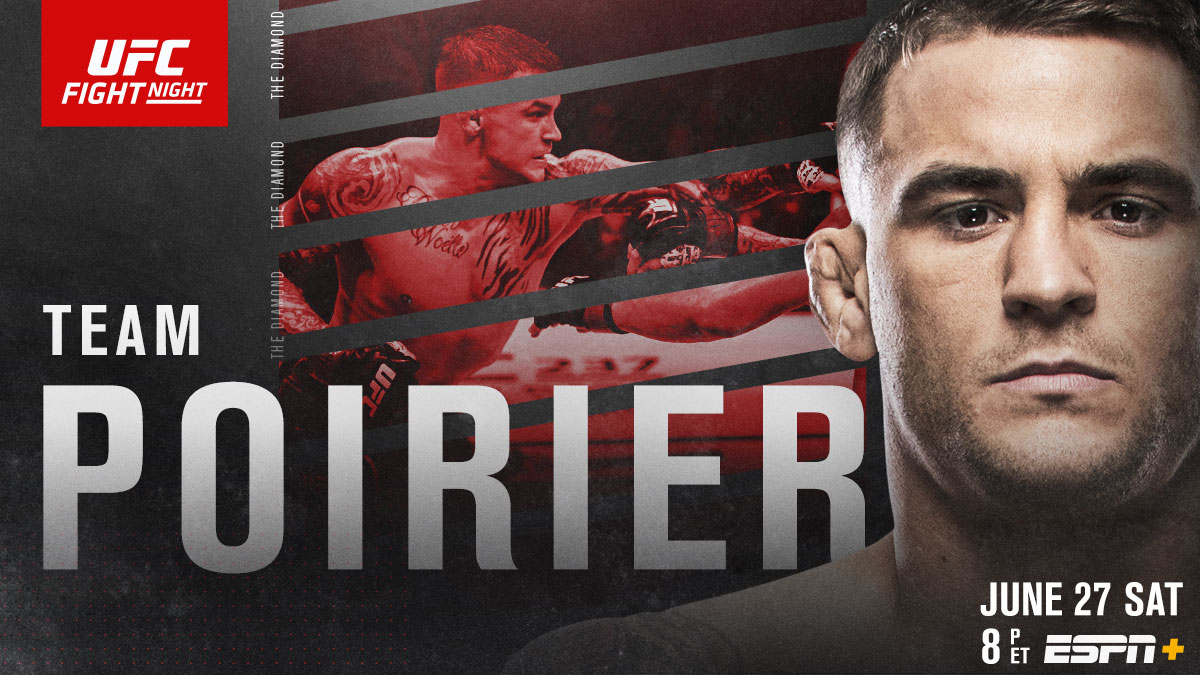 This past week, Dustin Poirier got a text from boxing coach and analyst Teddy Atlas that hit just the right way: “One more mountain to climb before the ultimate view.”

The encouragement came at a welcome time for Poirier, who’s less than one month away from what could be the realization of a long and sometimes painful journey to the top of the UFC food chain. A fight with Charles Oliveira at UFC 269 brings the opportunity to hold the undisputed title, though many believe he is already the uncrowned champion.

Poirier doesn’t disagree that Oliveira will not be holding the belt by the main event’s final bell.

“Twenty-five minutes is too long to fight with me and not get hit with a shot, not get put in a bad position,” Poirier said on The MMA Hour.

But there are also moments when he isn’t so sure, when he believes that something will go wrong and he’ll be back to where he was two years ago, alone with his thoughts after being submitted by Khabib Nurmagomedov in a title unifier at UFC 242. That night, he went back to his hotel room in Abu Dhabi and “really had a moment.”

“Like a reality that hit me – this could have been it, this could have been the chance, and I just blew it,” he said. “When all the cameras go away, when all the music stops playing, when you’re by yourself and you look in the mirror after a fight like that, or you go take a shower and reality sets in, it’s a tough pill to swallow sometimes.”

Sometimes, on a long run, late at night, when his mind has time to wander, those doubts creep back in. Iron as he may seem to civilians, he is also human. And like most humans, he wrestles with his mind and tries to will himself out of the muck.

“I’ve just got to slap myself around and say, ‘Hey, don’t talk to yourself like that,’” Poirier said. “But that’s the thing we’re constantly doing, or I’m constantly doing, not just in fighting, but in business, everything.
“Hey, this is all going to work out. But at the same time, when thoughts do creep in like that, I’m thankful for the journey, honestly. The obstacle is the way. That’s the beauty of what we do.”

For the past three years, Poirier has written in a gratitude journal every morning. Everything that he’s thankful for gets space, and these days, there’s a lot.

Poirier also draws a circle and fills it with all the things that he can control: his training, recovery, family time, business decisions. Outside the circle goes everything that he can’t control: critics, fans’ expectations, opponent’s trash talk, all the noise of a very public job.

Earlier in his career, he said, he believed everyone that surrounded him in the fight business was ultimately against him. He’s not quite sure why that was, but figures it probably had something to do with growing up rough, fighting his way through situations.

A few years ago, things started to change. He started writing down all the things he was grateful for, encouraged by Jeff Jordan, a mental coach who’s worked with several UFC athletes. He also started to focus in on the things that he could control and tune out the things he couldn’t.

“It just helped me narrow the bullseye,” Poirier said. “Maybe before on the target, I had bullseye’s all over. It kind of help me group them close together so it’s a little bit easier to understand where I’m aiming.”

In the fight game, there are plenty of diversions masquerading as targets. People will try, intentionally or not, to distract a fighter from what they do best. The good fighters are the ones who don’t let them, no matter what.

Nurmagomedov wasn’t Poirier’s last chance, as it turned out. In fact, it was just a new beginning. He beat Dan Hooker in a “Fight of the Night” meeting at UFC Vegas 4. He won the Conor McGregor sweepstakes twice, capitalizing on McGregor’s inability to get a boxing match with Manny Pacquiao and then on the former two-division champ’s thirst for revenge. With a pair of wins over the UFC’s biggest star, he became one of the promotion’s bigger stars.

There is still the knowledge that it could all go away very quickly with a punch or a squeeze of the arms, and Poirier admits it’s “terrifying” to know that no matter how well he prepares, or how clear his mind is, a UFC title just may not be in the cards.

There are two journals that sit on his desk these days. One is for the gratitude and the circle, and the other is his book of notes. When he can’t sleep, he’ll go downstairs and watch footage of Oliveira to remind himself what the Brazilian does and doesn’t do well. Before he steps on the mats to spar, he’ll pick up that notebook and remind himself of what he’s trying to do.

Poirier is just about at the top of that mountain. He questions whether he’ll be able to climb it again if he doesn’t beat Oliveira, and he also emphatic that he won’t. Looking back at how far he’s climbed so far helps him take those last few steps.

“After the Khabib fight, I was beat up and heartbroken,” he said. “I felt like the stars were aligning, and I feel like I have another opportunity here where the stars are aligning, and I’ve put myself in the position to really go out there and say I did it.”