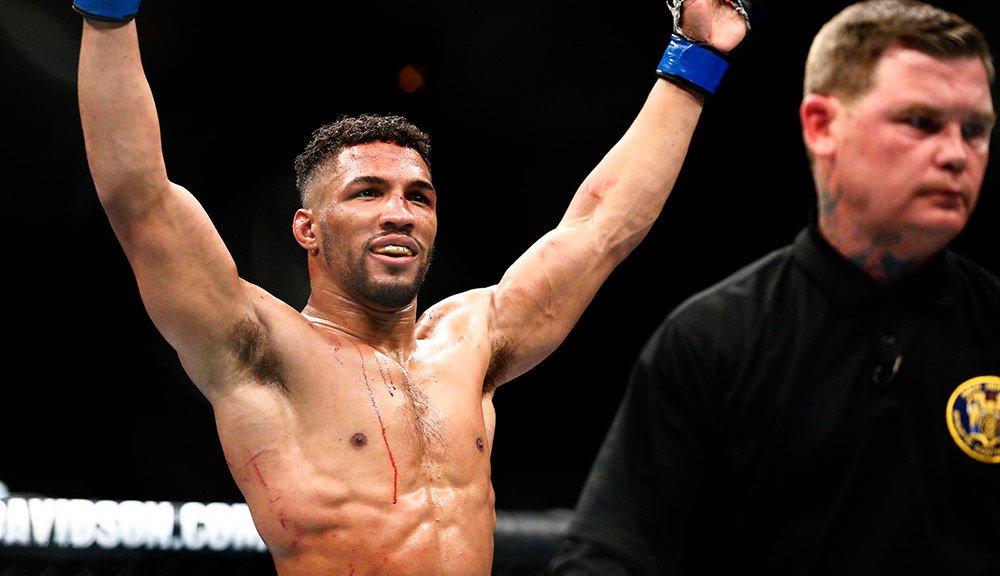 Kevin Lee took care of business in his debut at super lightweight.

At Eagle FC 46, Lee (19-7) finally got the chance to fight at 165 pounds. Standing across from him at the FLXcast Arena was Diego Sanchez (30-14), a fellow UFC veteran who was also making his debut with Khabib Nurmagomedov’s promotion.

Sanchez got the action started with a hard, perfectly-placed, outside leg kick. Soon after, the fighters traded hard punches. Lee answered back with a hard kick of his own. Sanchez looked sharp early with punches and landed a few hard kicks to the body.

As the first round progressed, it appeared that the first leg kick may have compromised Lee’s movement. Regardless, Lee found an opportunity to do what he does best by shooting in for a takedown and bringing the fight to the ground.

The second round started with Sanchez landing another hard kick to the lead leg of Lee before they continued punching exchanges. Lee landed cleanly, appearing to hurt Sanchez. However, Lee dropped to one knee momentarily after another kick landed to the left leg, and Sanchez began targeting it, forcing Lee to switch his stance.

Sanchez looked to damage the leg quickly in the third, but Lee was ready and countered with punches nicely. Blood began to flow from Sanchez’s nose, but he continued to fire quick punches. Despite operating on a damaged leg, Lee was able to control the cage for the majority of the round. With just over a minute remaining, Lee landed a left hand that dropped Sanchez, and followed him to the ground to dish out more ground and pound, but was unable to get the stoppage before the end of the fight.

All three judges turned in scores of 30-27 in favor of Lee.

In a fight where a lot of people expected Kevin Lee to wildly outperform him, Diego fought to a decision and landed some great shots. I don’t care, that’s a Diego W. pic.twitter.com/4DX0XHFaKi

The full results of Eagle FC: