Eddie Hearn has no interest in signing Terence Crawford 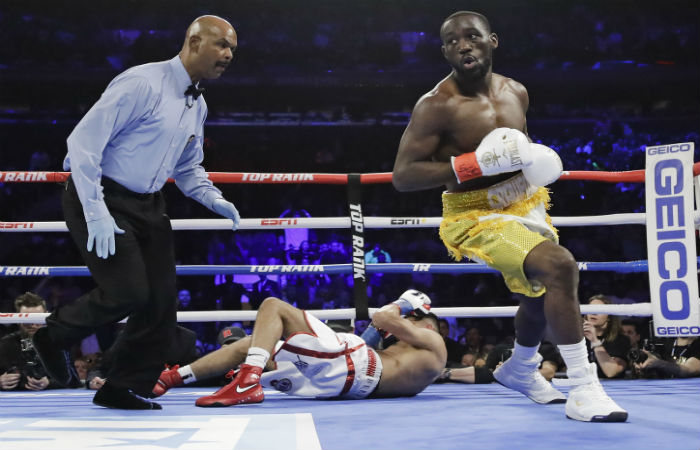 Even though it might sound like a good idea to many, the newest boxing free agent Terence Crawford won’t be going to Matchroom Boxing.

The WBO welterweight champion, who is no longer a part of Bob Arum’s Top Rank, fought his last fight this past week when he defeated Shawn Porter. At the post-fight press conference ‘Bud’ announced that he won’t be fighting anymore under the guidance of Arum, who was his manager for some time.

Matchroom Boxing and DAZN have the best fighters right now (arguably), but according to Hearn, there’s no place for one of the very best boxers of this generations in his stable.

“I thought it was quite brutal, but wasn’t it not quite long ago where Arum was saying to Crawford that he was expensive and he could have bought a house in Beverly Hills instead or something like that,” said Eddie Hearn to iFL TV when asked his thoughts on Crawford telling the media in Bob Arum’s presence last week that he’s leaving Top Rank.

“It’s business. Top Rank has paid Crawford a lot of money,” Hearn continued. They’ve lost a lot of money, and I would think they lost substantial money last weekend.

“I think they would have lost massive money on the Amir Khan fight, so they’ve backed Terence Crawford, but that’s what you have to do as a promoter. They  haven’t been able to deliver him the marquee fights. Don’t forget the Crawford – Porter fight was called by the WBO, not by Bob Arum.

“Someone came over to me today from the U.S media and said, ‘Are you going to sign Terence Crawford?’” continued Hearn.

“It’s kind of like Canelo with Caleb Plant. Canelo had to go out to PBC to make that fight. So if that’s their  mentality and attitude, ‘We don’t work with other guys, we’re only in-house people,’ then Crawford might as well sign with PBC.

“I don’t have any welterweight fights to offer him, really,” said Hearn about his Matchroom Boxing promotional company not having any welterweights that would interest Crawford.

“I’ve got money. Of course, he wants money, but he also wants a legacy,” Hearn said of Crawford. “I don’t think we’re the place for him, and I don’t think we’ll make him an offer because he’s very expensive,” said Hearn.