Elizabeth Kovalev: A new page has been opened 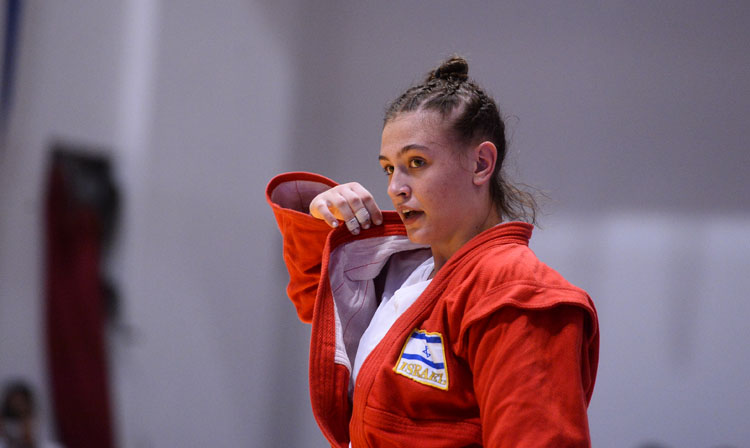 Israeli sambist Elizabeth Kovalev won the gold medal of the World Youth and Junior Sambo Championships in the weight category up to 72 kg among youth.

After the final fight, she shared her emotions for the FIAS website.

You literally won the fight in the last second. How did you manage it?

– Now I can’t believe it. I put all my strength into the last throw.

What was your plan when there was less than a minute left until the end of the fight?

– Go for broke. I could not afford to lose, so I listened to the coach and did as he spoke.

Last year at the Youth and Junior World Championships you became the second, losing in the final to a Russian athlete. Do you perceive this victory as a rehabilitation for last year’s defeat?

What conclusions did you draw after last year’s defeat in the final?

– It’s all in my head. I said to myself “nothing hurts me,” I didn’t think about anything except the fight, I went to win. And, of course, the support of my coach Pavel Musin played a huge role in my victory.

What was the most difficult fight for you today?

– Final. I had to win it, I dreamed that the whole audience would hear the anthem of our country. It hasn’t been at these competitions yet, but today it will finally sound.

What does this victory mean to you?

– That I can be in the first place, and not only in the second or third.

Will your victory contribute to the development of SAMBO in Israel?

– Oh sure. Today a new page has been opened, now a series of victories of Israeli sambists will begin.

What are your plans next?

– To prepare for the World Championships next year, I will perform “in juniors” and even “in adults”. This will be a more serious and competitive tournament.