Errol Spence Jr: Manny Pacquiao in trouble if he only scouts the Danny Garcia fight 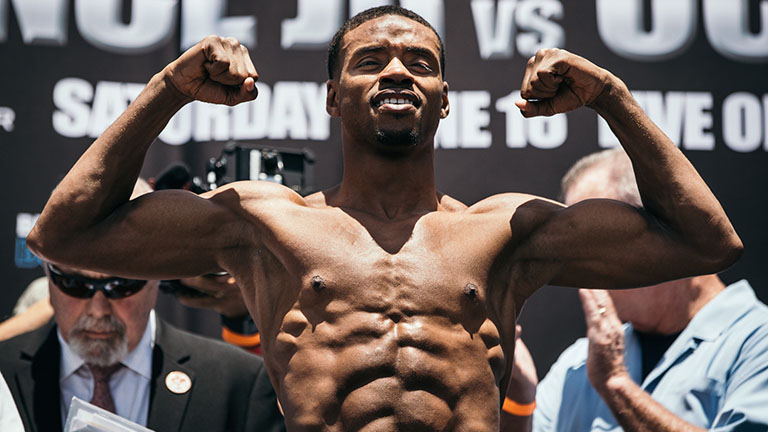 WBC and IBF welterweight titlist Errol Spence Jr has the biggest fight of his career coming on Aug. 21, when he faces the legendary Manny Pacquiao in a FOX PBC pay-per-view main event from Las Vegas.

There is currently at least some confusion about Manny Pacquiao’s standing with the WBA. He held their “super world” title at 147 lbs before being moved to “champion in recess” in January, a move that came as a surprise to Team Pacquiao. It was thought at the time that with Yordenis Ugas being moved from “world” to “super world” champion as a result, Spence would likely fight Ugas in a three-belt unification.

Instead, it’s Pacquiao facing Spence — which is a much bigger fight than Spence-Ugas could be if you put 100 titles on the line — and there has been talk that Pacquiao could be reinstated, making this a three-belt fight after all.

Spence told Barbershop Conversations that he does want the WBA belt, after which he wants to go after Terence Crawford’s WBO title in a bid for undisputed at welterweight.

“Once I get that belt, I mean, like I told Al, I want that fight with Crawford, but if it don’t happen I’ll probably just move up or something. I’m not going to waste my time trying to fight somebody who doesn’t have any interest anymore, doesn’t want to fight me anymore.

Spence says he’s got “probably” two more fights left at welterweight, and wants them to be Pacquiao and Crawford. If the Crawford fight doesn’t happen, he said again that he’d likely move up in weight, and also gave some praise to Pacquiao. He said if anyone wants to complain that he’s fighting Pacquiao instead of Crawford — or if anyone is complaining that Spence got Pacquiao and Crawford didn’t — they should blame Bob Arum.

“Pacquiao don’t care who he fights. Pacquiao’s a warrior, he’s a guy who will fight anybody,” Spence said. “If the money was right and everything was lined up correctly, Pacquiao would have fought (Crawford). It didn’t line up that way. I don’t know for whatever reason. I just say ‘Blame Bob’ because he’s the guy orchestrating it all, and it didn’t happen in their favor.”

Spence (27-0, 21 KO) also said he only felt about 80 percent in his December win over Danny Garcia, and that he’s training better now, not ballooning up in weight so much (he said he’s already at 158 lbs), and that if the 42-year-old Pacquiao (62-7-2, 39 KO) is looking for holes in his game from his recent outings, he should consider another approach.