Freddie Roach would like to train Anthony Joshua for Usyk bout 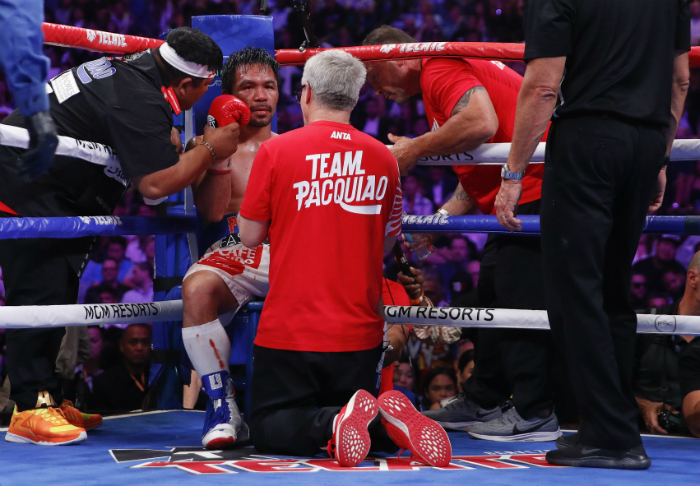 Back in September, Joshua lost his IBF, IBO, WBA, WBO titles when he suffered the second defeat of his pro career. The Olympic gold medal winner was outboxed over twelve rounds by Oleksandr Usyk.

Joshua has already exercised an immediate rematch clause, with a second fight being positioned for the first quarter of 2022.

The British star had recently taken a trip to the United States, where he was spotted in the company of several high profile trainers like Eddy Reynoso, Ronnie Shields, Virgil Hunter and Robert Garcia.

Roach, who has the Wild Card Boxing Club in Los Angeles, sent a message to Joshua that he would be more than happy to get him ready.

“You know where my gym is,” Roach told IFL TV.

“I do run into him once in a while, he’s a character, and I’ve told him all he needs to do is come home.”

Roach has led numerous fighters to glory – with Manny Pacquiao being the star pupil.

Joshua has been trained his entire career by head coach Robert McCracken.

The big puncher is not looking to dump McCracken. Joshua would like to bring another trainer on board to work side by side with the veteran coach.

“I speak to Rob about it, and Rob, as a man, agrees that if it’s good for me, he’ll say ‘champ, you do what you’ve got to do’. Rob’s not a controlling type of person, he’s very laid back and he’s happy to see the progression of what’s needed.”