Gordon Ryan unsure when, or if, he’ll make transition to MMA 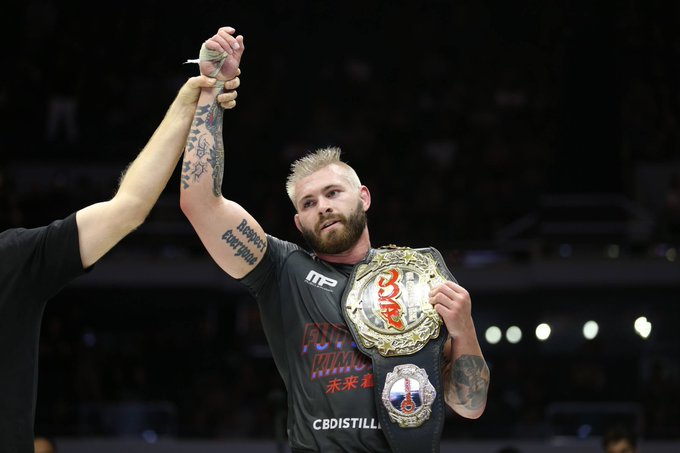 For those looking forward to Gordon Ryan making his MMA debut, it appears that won’t be happening anytime soon, if ever.

Ryan recently signed a deal with ONE Championship to compete in grappling and MMA. The multi-time ADCC gold medalist, who earned his black belt under Garry Tonon—a 6-0 fighter under the ONE banner—has talked about competing in MMA for a few years now but hasn’t made the full-on switch.

As he revealed to MMA Fighting, discussions with ONE Championship have been going on for several years and should he make the decision to fight, it will exclusively happen with ONE.

“This was actually a long time in the making,” Ryan told MMA Fighting. “When I won the 2017 ADCC, Garry [Tonon] had wanted to start fighting in MMA after that. ONE initially contacted Garry and they were trying to sign him. They also wanted to sign me and I was like, ehh. I had just one my first ADCC, I was only 22 and I just thought I would stick with the grappling for a few more years, and then eventually sign to do the MMA.

“Then I started sparring and getting ready to fight MMA to learn new skills. Garry had signed with ONE and, fast forward to 2019, I had hurt my knee. I had a catastrophic knee injury where I needed to get LCL surgery and had to rehab from that, which led me right into 2019 ADCC camp. MMA kind of got placed in the back burner because of that and I couldn’t train for four months, but the second I could train, I couldn’t focus on MMA. I needed to focus solely on jiu-jitsu to make sure I was ready for 2019 ADCC.

“After that, Chatri messaged me again about doing MMA and then I won the Absolute and my main focus was [competing against] Andre at the next ADCC. So I’m not sure I’m gonna do MMA just yet, if I’m gonna do it at all because my main focus right now is to do the superfight, which is something I haven’t won in no-gi jiu-jitsu. So I said, ‘If you want, we can do a grappling contract, and if I ever choose to fight MMA, I’ll fight for ONE.’”

Under the tutelage of John Danaher, Ryan has become one of the best and well-known submission grapplers in the world. “The King” feels that the sport of grappling is on the cusp of getting to the next level in terms of popularity and exposure, which is why he and Danaher are not ready to pull the trigger on preparing for an MMA bout.

“As far as excitement, I’ve always wanted to fight,” Ryan said. “From a technical standpoint I’m not very close to being able to fight as I’m just terrible in most areas of MMA. It’s something that I’m kind of torn between because John really wants me to stay with grappling because it’s in a position now where it could start taking off as a real sport and I’m at the forefront of that. So to leave grappling now—and jiu-jitsu is my No. 1 love as far as combat goes—where it’s just on the cusp of breaking into that next level, would kind of be a disservice to grappling.

“John wants me to stay with grappling, but I’m always excited to eventually fight. The whole reason I started training jiu-jitsu in the first place was to fight. Now I’m in a position where I still want to, but I still have some things to accomplish in jiu-jitsu before I move into that direction.”

Prior to signing the deal with ONE, Ryan made headlines across the combat sports world after an altercation with fellow grappling name and former Strikeforce veteran Andre Galvao. Ryan picked up a mounted armbar submission win over Roberto Jimenez at February’s Who’s #1 grappling event, while his teammate Craig Jones an inside heel hook submission win over Galvao’s teammate Ronaldo Souza Junior.

At the moment, Ryan is hopeful for an ADCC Superfight matchup with Galvao. However, with the current state of the world in the middle of the COVID-19 pandemic, the grudge match may not take place until the summer or early fall of 2022.

With time on his side at just 25, Ryan knows that when he makes the decision to compete in MMA competition, he is going to give it all of his attention.

“There’s a ton of time for me to compete in MMA,” Ryan explained. “I know that once I go to MMA, it will be something I focus 100 percent on. If I ever do transition, I’ll do grappling matches here and there, but I feel like if I do something, I do it 100 percent. If I can’t focus 100 percent on grappling, then I’ll probably stick to preparing for MMA fights.

“Grappling is just not something I’m ready to leave at this moment. Maybe I will in the future, but I love grappling. You can have a much longer career in grappling and it’s much more enjoyable to train for day-to-day. I love where this sport is going and the innovations our team is making. Every day it’s something new with John. It’s not doing the same old stuff for the last two, three years. We’re working on something new every single day. It’s still exciting, it’s still fun for me. I love it and I’m not stepping away from it right now but maybe in the future.”